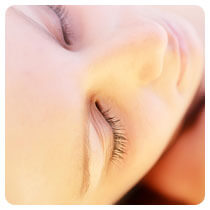 The short scar facelift is considered to be one of the most minimally invasive lifts. The incision is about half the length of a traditional facelift incision. The S-Lift is not the best choice for patients who have excessive or sagging skin around the neck. Instead, the traditional approach usually gives better results. Scarring in a short scar lift only occurs in front of the ear and directly behind it. With traditional facelifts, scarring occurs mainly around the hairline; while the S-Lift leaves the hairline unaffected, allowing women to wear their hair back.

The S-Lift is executed on a deeper plane of the skin using mini-incisions. Skin, fat and muscle are all moved simultaneously, encouraging long-lasting results. If a patient does not need a brow lift or eyelift, an S-Lift takes between 90 minutes to three hours, which is about half the time of a traditional lift.

What else can I combine S-Lift (Short Scar Facelift) with?
Brow or Eyelift
Back to the top