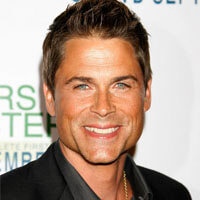 Rob Lowe turned the big 5-0 in March and is looking better than ever. The American actor has been involved in film and television since the 1970s and yet his looks remain largely the same. Consequently, the mega hunk has had defend more than his fair share of plastic and cosmetic surgery rumors.

The actor recently sat down for an exclusive interview with Cigar Aficionado, an American magazine that is apparently dedicated to the world of cigars, to discuss his life and career as well as candid discussions on plastic surgery. Don’t worry, folks – the only smoke he was blowing was from his cigars.

According to the actor, he has never gone under the knife for plastic or cosmetic surgery or treatments. "I’d like to think that, if I had work done -- which I haven’t -- I wouldn’t be coy about it," he admits to the people of Cigar Aficionado.

In fact, instead of fearing or even being apprehensive of getting older, Rob Lowe seems to be genuinely enjoying himself. "The key in the middle of life is to become more and more curious about life, instead of less," he reflected. "Because it’s a slippery slope: If you don’t engage, the next thing you know, you’re the guy saying, ‘Get off my lawn!’”

The July issue of Cigar Aficionado will not be out until June 24th but editors are dropping heavy hints that Mr. Lowe also frankly discusses his friendship with fellow actor and purported neighbor Charlie Sheen. "I love him, even though he hates sobriety," Lowe states. "We spar over all kinds of things. There’s no funnier, smarter, more enjoyable raconteur than Charlie."

Sobriety is no laughing matter for Rob Lowe. The 80s icon had to contend with his own issues and struggle with sobriety in the “Me Decade” before finally cleaning up in 1990. Yet despite the Lowe’s commitment to clean living, the actor does not mind his less than clean neighbor. "I love him when he rants about why people in AA are idiots. I admire him living the life of his choosing."

Cigars, not plastic and cosmetic surgery, are what helped Rob Lowe on his personal road to recovery. “You’re looking for new ways to bond, to be social, to be out amongst people. For me, in the early days, that meant playing golf and smoking cigars," Lowe reflected.

Unfortunately, we are not all as lucky as Rob Lowe. If you are interested in learning more about plastic and cosmetic surgery options, contact one of our representatives from the portal below. Why delay? Call today.