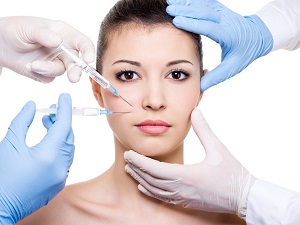 As with any medical specialty, plastic surgeons spend years gaining the knowledge and skills necessary to care for their patients. Yet plastic surgery is unique in the world of medicine. To be sure, cosmetic surgeons need to be highly knowledgeable of the human anatomy and the ways that the various systems of the body work, but that is only half of the equation.

Plastic surgery is as much about aesthetics as it is about the underlying science behind the procedures. So while many new plastic surgeons emerge from school armed with the proper medical knowledge, they may be lacking in the artistic skills that separate the great plastic surgeons from the not-so-good ones.

Fortunately, the artistic skills necessary to be a cosmetic surgeon aren't that hard to acquire, and there are many different paths to take. For example, some doctors enroll in painting courses so that they can learn about shape and form, as well as improving their ability to take what they see in their mind's eye and manifesting it in reality. Similarly, there are plastic surgeons that practice drawing and sketching people's faces in order to gain a better appreciation for the subtle nuances in appearance.

Perhaps the best skill for plastic surgeons to develop, however, is sculpting. Not only does working with clay give doctors a three-dimensional canvas to work with, but it also builds up tactile skills as they give physical form what they see in their imaginations. Additionally, sculpting can help cosmetic surgeons get better at judging the symmetry of their work and making adjustments as needed.

While taking art classes can be incredibly beneficial, it does have its limitations. The human body is not a piece of clay, so there are physical restrictions to what can and can't be done with it. Therefore, as the old adage says, practice makes perfect. In order to be truly proficient, it's necessary for plastic surgeons to perform a number of different procedures on real, live patients. Only through this repetition can doctors marry their aesthetic skills with the reality of how the human body responds to surgery.

With its combination of science and art, cosmetic enhancement is a highly specialized skill, and it's certainly not a specialty for everyone. However, when skilled surgeons successfully combine their medical and artistic skills, the results are a thing of beauty, and they can bring untold amounts of joy to people's lives.