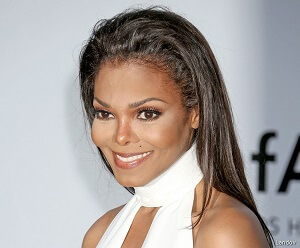 Wardrobe malfunction is what the Super Bowl XXXVIII is remembered for, with singer Janet Jackson revealing a bit more in her halftime performance than she planned on.

Janet Jackson has not had her photo taken in over a year and a half, according to Life & Style, but in a recent Instagram photo the 48-year-old took with her makeup artist Preston Meneses, she does not like she has aged a day in years and is even a little puffy.

Two years after marrying a Qatari billionaire and dropping out of sight, Janet Jackson has reemerged with obvious procedures performed, according to two doctors in a National Enquirer report.

“Analyzing these pictures, I can say she had a mini facelift that tightened her jaw line,” Dr. Yoel S. Shahar commented.

“She seems to have had every surgery possible,” Dr. Stephen Ronan told the National Enquirer.

An alleged facelift has sparked gossip, with some news outlets comparing her to iconic brother Michael Jackson, who suffered from body dysmorphia and sought comfort in multiple surgeries trying to change his body to gain peace of mind.

“Michael Jackson’s body dysmorphia was well documented, and his resulting obsession with plastic surgery was more than a little tragic,” Celebrity Laundry reported. The youngest Jackson is “following her brother in more than appearance, which doesn’t bode well for her future.”

“All that wrinkling on her upper abdomen is what happens when you remove too much fat,” Meyer said.

From the looks of it, it is not a matter of whether Janet Jackson had cosmetic surgery, it is a matter of exactly which ones she had performed. But it doesn’t seem to bother her fans, who posted positive comments at the end of the Celebrity Laundry report, even defending the diva against haters.

“Leave Janet alone,” writes Natasha Ally, adding the star is gorgeous and “it’s her money, she can do what she wants with it!”