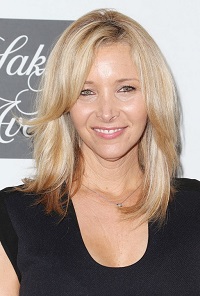 Jamie Lee Curtis, Ashley Tisdale, Patricia Heaton and Lisa Kudrow all have one thing in common and it’s not a secret.

While the four actresses may not agree on plastic surgery, they do agree honesty is the best policy. While society seemingly condones cosmetic procedures, women simultaneously contradict themselves, feeling the need to keep it hushed and act like nothing happened when out of nowhere they look a decade younger after having procedures.

Why lie? With no real reason, the Hollywood women show their humanity, and get real with respective media publications about their procedures. And the actresses have no problem admitting why—vanity and otherwise—for going under the knife. As the 56-year-old Activia spokesperson known for her great shape, Curtis could not make her message clearer. “I’ve done it all. I’ve had a little plastic surgery. I’ve had a little lipo. I’ve had a little Botox. And you know what. None of it works. None of it,” said Curtis to More magazine, adding the medical irony in the cosmetic procedures. “All of these bettering experiences are not without risk.”

Disney star Tisdale’s cosmetic surgery tale is purely medical, and she makes sure her fans know that. Growing up with a deviated septum, the young Hollywood starlet had breathing problems for years before having a rhinoplasty. “The older I got, the worse it got,” the 29-year-old actress tells People, adding an eventual visit to the physician revealed her septum was 80 percent deviated and she had two tiny fractures in her nose.

“I didn’t do this because I believe in plastic surgery,” said Tisdale, adding her health was at hand and truth should always be first. “I want my fans to know the truth. I’m not someone who is going to act like I had nothing done. I just want to be honest because my fans are everything to me.”

Middle-aged star of ABC’s The Middle, Patricia Heaton also has no problem with the facts, being brutally honest, according to the Inquisitr. “Vanity, I mean it. I had four C-sections and my stomach looked like the map of the world. My breasts were hanging down to here from breastfeeding those babies, and my nipples were like platters,” said Heaton. With such refreshing honesty being the best policy, the 57-year-old actress even reveals celebrity secrets on her public appearances.

“I have a lot of help to look the way I do,” she said, adding makeup and hair artists as well as a stylist assist her. “It’s not really fair the image we present to the world.” Three years ago, former Friends star Kudrow, 51, told the Saturday Evening Post her nose job was a “good, good, good change.”

“I went from, in my mind, hideous, to not hideous,” said Kudrow. “I did it the summer before going into a new school. So there were plenty of people who wouldn’t know how hideous I looked before.” It’s not often Hollywood is honest, but with brave and honest women like these actresses, the truth being just may be possible in tinsel town.