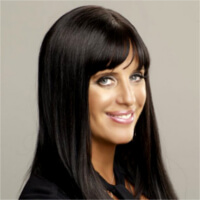 Taking the phrase, “You look like a million bucks” to a whole new level, “The Millionaire Matchmaker” reality show host Patti Stanger credits her recent dating success to her lavish plastic surgery.

The 52-year-old Stanger returned to the dating scene after a nearly decade long relationship with real-estate executive Andy Friedman. Insecure with her body image and pressure from the media, Stanger opted for plastic and cosmetic surgery.

According to Stanger, ‘When you’re on TV, you have to do this. Anyone who says they don’t is lying.’ Stranger credits her surgeries as giving both her and her self-confidence a much needed boost where it counted the most.

‘I had my first breast reduction and lift five years ago,’ the Bravo TV star revealed to Life & Style Magazine on July 31. ‘Then I had another one. I felt skinny and young again!’ In 2011, in between breast lifts, she also sought out a plastic surgery specialist for a facelift but was ultimately convinced to receive an eye lift procedure to correct ptosis, or droopy lids.

After her physical transformation, Patti Stanger tells Life & Style Magazine, ‘I felt pretty and like I could go out, date and compete with all the young girls.’ Since then, with the confidence of her new plastic surgery makeover, the American matchmaker and television personality has found a match of her own.

Stanger met mortgage broker David Krause, 42, on an online dating site. ‘When I met David, he thought I was younger than I was! He didn’t care, though, when he found out my real age.’ The couple has subsequently been dating successfully for over a year and recently exchanged promise rings.

A Different Kind of Reality

Most of us don’t have to worry about maintaining appearances in front of a camera and dealing with constant media scrutiny. That said, the pressure and overall anxiety to remain looking and feeling youthful and attractive is a common concern for both men and women in their middle age. That pressure is easily doubled for individuals returning to the dating scene.

Today, an individual opting for any kind of plastic or cosmetic surgery should not be making their choice because of the expectations of others. Nor should a person feel the need to seek surgery options because of the external pressure from others. Like Stanger, a person should choose to receive plastic surgery because the process will contribute to their self-confidence and help them feel empowered and motivated.

If you are interested in finding out more about plastic surgeries and options, contact us one of our representatives. We can help you schedule a consultation with a local professional near you!