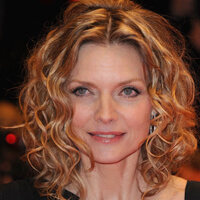 Last month, Michelle Pfeiffer made waves on the web, by declaring that she is not opposed to cosmetic surgery in moderation. She is not alone; several generations of celebrities have been opening up to the idea of cosmetic options.

According to a new interview with Inquistr.com, Pfeiffer declared she is okay with no longer looking like 30 or 40 year old. However, that does not mean she has ruled out an occasional nip/tuck. Says Pfeiffer, 'If I thought it would look better, I would [have plastic surgery].”

She cites moderation as the key.“I'm all about, 'Do it so you can't tell it's been done.' You know what? I'm good with that. But I think people just want more and more until eventually that strange body dysmorphia happens.'

Michelle Pfeiffer’s comment is striking a chord among the media. Here is a sampling of some of the other celebrities that have endorsed are considering cosmetic surgery.

Gwyneth Paltrow: The Iron Man co-star has proclaimed to Harper’s Bazaar that she will “try anything.” Anything, that is, with the exception of excessive Botox injections – Again. “I looked crazy. I looked like Joan Rivers!”

Amanda Seyfried: The young starlet has said there will be plenty of time to think about plastic surgery once she is older. Seyfried sat down to an interview with The Mirror, “I’ve considered a lot of things – like I want to have a nose job and fix my skin, but I just think that maybe at some point people would go too far.” She is enjoying her body as it is right now. “I’ll age gracefully for now. I’m only 25.”

Helen Mirren: “The Queen” consented to an interview with The Times where she admitted, “I'd think about it even more if I was in a different profession." She was not entirely serious. “If I wasn't on camera I would have had it done years ago.” She would have been interested in the full package: “It's the full-on for me! Suck it all up, tie it up, and then cut it all off!"

Kim Kardashian: No big surprise here, but the soon to be Mrs. Kanye West has expressed her approval of plastic surgery even though she says she never had any plastic surgery herself. “I haven’t had any surgery,“ she said in a review with Now Magazine. “I know they always say, ‘she did her butt, she did her nose’ and all that stuff, but I haven’t. I’m not against it – my mom had her neck done and I think they did a really good job and she did exactly what she wanted. So when I get older, knowing me, I’m so crazy that I will probably have something done.”

If you are interested in receiving plastic surgery and would like to know more about your options, contact one of our representatives from the portal below. We can arrange for you to meet with a board-certified specialist uniquely qualified to your needs and expectations. Call or contact us today.