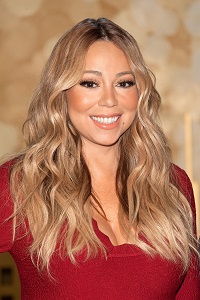 According to recent reports, Mariah Carey has big plans before she walks down the aisle again. Following her much-publicized divorce from Nick Cannon last year, Carey is now in the midst of planning a wedding with her new fiancé, businessman James Packer.

Naturally, every bride wants her wedding day to be perfect. So in addition to finding the ideal venue and locking down a delicious menu, Carey also wants to ensure that she looks perfect for the big day. As such, the superstar singer is reportedly planning a massive plastic surgery makeover.

More Than Just a Diet

Being the best is something that Carey has become accustomed to throughout her career. Since coming onto the scene in the late '80s, Carey has sold more than 63 million albums, including a grand total of 18 number-one singles, making her the most successful solo artist in history. But Carey has also enjoyed widespread critical acclaim as well, earning five Grammys, 11 American Music Awards and 14 Billboard Music Awards.

Given this level of success, it's no wonder that Carey has set high standards for herself, and that includes her appearance. In the past, Carey has talked about her self-enforced diet, often going so far as to label it "bleak" due its strict limitations. Additionally, Carey also reportedly uses a personal trainer to keep in shape. In fact, according to some reports, her trainer is on-call 24 hours a day, available at a moment's notice whenever she wants to get a workout in.

Lately, however, rumors have been swirling that this strict diet isn't enough for Carey, especially considering her impending nuptials. If an unnamed source is to be believed, then the superstar has been dabbling in laser resurfacing in order to help her attain the perfect figure. In total, between training, privately cooked meals and plastic surgery, the unnamed source says that Carey is preparing to spend more than $500 million to get in shape for her wedding.

In this day and age, a story of a celebrity turning to plastic surgery to help them reach their beauty goals wouldn't be anything scandalous. After all, cosmetic enhancement doesn't have the stigma that it did a couple of decades ago. Still, representatives for Mariah Carey started denying these pre-wedding plastic surgery claims from the moment they first appeared. In fact, both Carey and her reps claim that the singer has never undergone any kind of plastic surgery.

So what is the truth? Given the naturalistic results that modern plastic surgery can deliver, we may never know. But one thing is for sure. Whether she's had any work done or not, Mariah Carey will definitely look beautiful walking down the aisle.