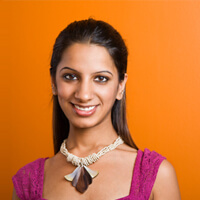 Your Facebook profile picture is key. That single photo encompasses how you project yourself to the world and almost anyone with an Internet connection. Everyone from prospective employers to potential suitors can gain access to it. In some countries, pressure to project the perfect profile picture has led many to undergo what is being called the ‘Facebook facelift.’

These plastic surgery procedures are mostly minor ones like chin augmentations, which cost more than $2,000. Most men who undergo 'Facebook facelifts' opt for these procedures, because the chin is noticeable during video chat sessions.Plastic surgeon Anip Dhir comments that Skype users tend to see the chin movement of the person speaking when their lips move. A weak chin often stands out, because people look less confident when speaking and have less definition to their face.

Cosmetologist Dr. Swati Srivastava points out that the smaller facial features like the jawline, eyebrows and lips are much more evident in a closeup profile picture and tiny flaws can appear much more striking, one possible reason for the influx of 'Facebook facelifts.'

Of course, not all professionals are agreeing with this new ‘Facebook facelift’ trend. Psychologists are openly criticizing this movement, viewing it as highly debasing. Dr. Pulkit Sharma, a clinical psychologist at VIMHANS, says that judging people simply on their online profile photos can be both damaging to their sense of self and encourage superficiality and an unhealthy hunger for appreciation.

Dhir claims that India is more accepting than other nations of maintaining a perfect physical appearance through plastic surgery. After all, India is where the first nose job, or rhinoplasty, took place. Indians are also credited with inventing the ear- and nose-piercing trend. We can now add the ‘Facebook facelift’ to their list!

Indian social media users opt for 'Facebook facelifts' over Photoshop to improve their profile pictures and overall image on social media, especially when they are using social media to find romantic partners. These Facebook users claim that when they know they need to meet people in real life, they prefer using plastic surgery over Photoshop, because there's a sense of a fakeness to their social media images if they don't look the same as their photos.

If you or someone you know would like to learn more about plastic surgery trends like the ‘Facebook facelift’ or other plastic surgery procedures in general, contact our team to set up a consulation with a certified surgeon in a location near you!!