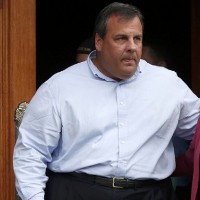 New Jersey Governor Chris Christie, a lifelong sufferer of obesity, discreetly underwent lap-band surgery in February, according to a statement from his office. Three months and 30 dropped pounds later, the governor is now talking openly about the treatment and what influenced him to take a big step in fighting his health issues.

Why Did He Get Surgery?

Christie’s weight has been a concern in the political arena for several years. His office declined to provide additional details about the procedure as it is being handled as more of a personal account than politically motivated, but he did offer a very thoughtful reason for his surgical decision, “I’ve struggled with this issue for 20 years. For me, this is about turning 50 and looking at my children and wanting to be there for them.”

Christie has been mocked for his weight throughout his life, and he was certainly not spared in his occupational and political aspirations. During his campaign to challenge Governor Josh Corzine, Christie’s heavyset stature was a point of mockery—one television commercial was depicted him a slow-motion, heaving, caricaturized version of Christie throwing his weight around to avoid traffic tickets.

Christie underwent a 40-minute surgery on Saturday, February 16, 2013, and was back in the office by Tuesday the 19th. It happened so quickly that even his top advisors were unaware of his surgery. He is currently in the midst of a re-election bid, reporting a $6 million bump in campaign cash. Whether or not his surgery influenced this financial generation is inconclusive, but there are projections that this operation could actually help him appeal to a larger national audience for a potential presidential run. A slimmer, healthier and health-conscious Christie would be a much more attractive option for further bids for governor or a spot in the White House. A slimmer physique would also deafen ongoing apprehension about his physical endurance during not only a term of Presidency, but an exhaustive presidential campaign.

Christie holds true to his surgical motivation-—admitting that this decision was made for him and his family, and not future political motives.

“I did this for myself, my wife, and my children,” Christie said of his surgery. “And unlike some of you, they will still pay attention to me whether I run for president or not. The fact is, it has nothing to do with running for governor this year, with running for president at any time in my life, if I ever decided to do that, and I said this yesterday, it may sound odd to people, but this is a hell of a lot more important to me than running for president. This is about my family’s future. And that is a heck of a lot more important to me than the idea of running for President of the United States.”

What Kind of Operation Did Christie Undergo?

Christie underwent lap-band surgery, a minimally invasive operation that limits the space inside your stomach for food. The procedure is actually the least invasive fat-reduction surgery available, no staples and no suction required. A small incision is made around the belly-button area and a titanium or silicone band is wrapped around a portion of the stomach. The band is removable whenever you want, although it can fall off in rare cases.

Why Didn’t He Get A Different Procedure?

The lap-band treatment is the safest and quickest bariatric surgery. Although tummy tucks and gastric bypass operations might offer more immediate and dramatic results, they are much more invasive and are permanent. Gastric bypass reroutes your digestive path while removing 80% of your stomach and both procedures carry the risk of infection from bleeding stomach staples.

Christie’s surgery is not a comprehensive solution to weight loss. Even though he has lost over 30 pounds in just three months, his diet and exercise habits are extremely important. If you or someone you know is interested in lap-band surgery or would like to explore options for fat-removal, body contouring, or other bariatric surgeries please visit Plastic Surgery Portal today. Get in touch with one of our representatives and schedule a consultation with a doctor or clinic near you!