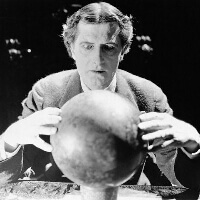 After the economic recession of 2008, the number of cosmetic surgeries decreased considerably, but plastic surgery is back with recent figures indicating a double-digit comeback.

Over just the past few years, using your own fat for cosmetic surgery has spiked in popularity. Cosmetic surgeons harvest fat from one body part, like the butt or tummy, and transfer it to facial areas.

Plastic surgeons predict that since results are now more predictable and longer lasting, fat harvesting will be used even more in 2014, according to SkinInc.com. Patients will also take more interest in the healing and regenerative properties of the growth factors and stem cells found in fat.

“Facial plastic surgeons are continuously refining their fat harvesting and injection techniques, utilizing a variety of different methods and in some cases, combining fat with other substances, such as platelet rich plasma,” American Academy of Facial Plastic and Reconstructive Surgery (AAFPRS) president Ed Farrior, M.D., F.A.C.S. told SkinInc.com. “Besides restoring volume, the data suggests that adding fat back to the face may also improve the skin texture and tone.”

After experiencing popularity in Europe, facial filler Juvederm Voluma, which fills the cheeks and mid-face, received the okay from the Federal Food and Drug Administration in late 2013, according to SkinInc.com. True to its name, Juvederm Volume not only fills fine lines and plumps up creases but also adds volume and fullness to aging facial areas and enhances facial symmetry. Other site-specific designer fillers will also likely enter the United States market in 2014.

More and more women will choose to plump up their puckers and not just for Valentine’s Day, according to SkinInc.com. However, lips are no longer overfilled and inflated with collagen, as facial plastic surgeons have mastered the technique of lip enhancement and can now give customers natural, subtle, soft and kissable lips.

The AAFPRS claims that rhinoplasty is the most common surgical procedure for men and women under 35. Also the most in-demand facial plastic surgery among men, rhinoplasties have certainly seen a recent surge in interest. Since the nose is a central facial feature, even a small improvement by adding or taking away a few millimeters of cartilage and bone can greatly impact your overall appearance.