Epicanthoplasty Eyelid Surgery: What to Know 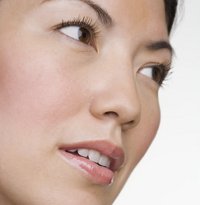 Epicanthoplasty is an eyelid surgery that is performed much more frequently in Asian countries than it is in the United States. However, as the demand for epicanthoplasty procedures has increased in the U.S., more doctors have begun to offer the service as well. This surgery is used to reduce the epicanthal fold (also known as the Mongolian fold) in the corners of the eyes of Asian women. A patient may require this procedure to obtain a more “Westernized” look or to simply open up the eyes and make them appear less tired. PlasticSurgeryPortal has the lowdown on epicanthoplasty, including how the procedure is performed, the risks associated with the surgery and the potential costs for the procedure.

Who is a Candidate for Epicanthoplasty?
Epicanthoplasty is primarily performed on women of Asian descent, since this feature is nearly exclusive to the Asian population. It may be requested if the epicanthal fold is so large that it negatively impacts the shape or appearance of the eye. The procedure makes the eye appear wider and in better proportion to the rest of the face. The best candidates for epicanthoplasty are:

Because the beauty of the Asian eye lies in the natural almond shape, most doctors refrain from performing a full epicanthoplasty because this would completely change the shape of the eye. Instead, a small portion of the epicanthal fold may be left to retain the almond shape, while making the eye appear larger and more open.

A patient and doctor should work together to determine the best procedure for the patient’s specific needs. It is important to choose a doctor who is experienced in both epicanthoplasty procedures to ensure you get the best outcome from your surgery.

What is the Procedure Like?
Like other types of eyelid surgery, epicanthoplasty may be done in an outpatient clinic or hospital under local anesthesia. The procedure involved multiple incisions around the corner of the eye that allow the doctor to create tiny flaps to restructure the shape of the inner eyelid and remove excess skin. Some doctors have also developed techniques that involve incisions inside the eyelid, further reducing the risk of visible scarring after the procedure.

After surgery, the patient will have a recovery period of around two weeks, while the eyelids return to normal after some swelling and bruising occur. During that time, patients are encouraged to take time off work and strenuous activities, and are given a prescription pain medication to keep them comfortable while in the recovery phase. Sutures that were used to close incisions made during surgery are usually removed after one week, and at that time, the patient may be allowed to wear some eye makeup once again. However, positive results may take longer to see, with some patients requiring a full year before all traces of swelling are gone.

Epicanthoplasty can offer a more attractive shape and appearance to eyes hidden by a pronounced epicanthal fold. If an epicanthoplasty sounds like the right procedure for you, contact us today to set up a private consultation with a board-certified plastic surgeon near you.