'Don't Judge Others': Former Bachelorette Spills on Her Plastic Surgery 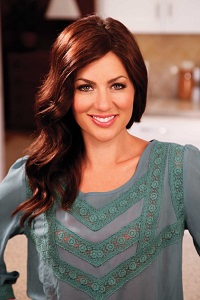 There are 10 things former reality television star, brunette beauty Jillian Harris learned from being famous. One is that people are mean.

Listing the reasons on her website JillianHarris.com, the 35-year-old Canadian interior designer addresses her decision to have plastic surgery since being scrutinized by cyberbullies, who said she had a “hot dog nose.”

“Some people are mean. I’ve found the best way to cope with this is just to feel sorry for them,” writes Harris in her fifth reason, adding, “So if someone says you’re fat, ugly, stupid or have a hot dog nose (yes this happened, and yes I got a nose job because of it) choose the route of empathy instead of anger.”

Not shy to the screen, Harris was a contestant on The Bachelor before being asked back to reign as Bachelorette number five. In an exclusive interview with reality television website Wetpaint.com, Harris answered the media outlet that asked why she had rhinoplasty years after breaking her nose. According to her mother, Harris’s nose appeared different after the accident, but she never sought surgery since it never really bothered her.

The bona fide reason she had plastic surgery was directly due to cyber bullying after her was left standing alone after split with Ed Swiderski.

“I was really sad and was reading someone’s blog and this person was really nasty and was posting really mean comments about my nose,” said Harris, adding the comment brought her to tears and to a plastic surgeon’s office for consultation.

Filming reality television show Extreme Makeover when the rhinoplasty surgery was performed a few years ago, Harris said did not go public with the procedure since no one noticed. Asking if she kept secret to avoid judgment or because it was a non-issue, Harris explained the bottom-line behind having a voice.

“People like to judge me because I’ve had my nose done and I’ve never actually talked about it publicly,” said Harris. “But it was my personal decision and it’s my choice and I’m extremely, extremely happy about it.”

Along with finding out how powerful mattifying powder can be in making the face appear less greasy in photographs and that there is no real money to be made in reality TV, another important lesson Harris learned is not to throw stones like the ones that have been thrown at her. Saying there is no reason to judge since everyone believes, reacts and loves differently; Harris shared on her website how “people are all a little crazy, just in their own way.”

“So don’t judge others according to your beliefs,” advises Harris.

Whether or not Harris can be considered more beautiful before or after her rhinoplasty is in the eyes of the beholder, but one thing is for sure, there will be no more cyberbullying in the reality television star’s life.