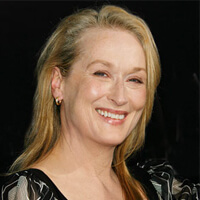 NorthJersey.com recently spoke with a number of plastic surgeons about celebrities’ plastic surgery nightmares and how patients can avoid them.

“The nagging problem in our industry is that our good results – Mother Nature gets the credit,” Dr. Richard D’Amico of Englewood, the 2008 president of The American Society of Plastic Surgeons, told NorthJersey.com. “And our bad results are there for everyone to see.

D’Amico and other North Jersey board-certified plastic surgeons commented that patients tend to mention celebrities that they either do or do not want to look like.

“Earlier today, I had a woman who came in for facial rejuvenation and she said, ‘I just don’t want to look like the people I saw on TV the other day,’ and she was referring to the Oscars,” Dr. Luis Zapiach, a plastic surgeon with offices in Paramus and Franklin Lakes, New Jersey, told NorthJersey.com.

“I told her, ‘I’m a very conservative plastic surgeon. I will make you refreshed and that’s it. …And she was very happy with what we had done, just with fillers. She was very concerned about not having her cheeks too full. Some of the things that we see sometimes on TV is their cheeks are too full.”

Dr. Valerie Ablaza, a plastic surgeon who does 80 to 85 percent cosmetic work, usually facial rejuvenation, in her Montclair private practice, claims that she often needs to reassure patients who bring up celebrity nightmares.

“Everyone says the same thing, ‘How did someone do that?’” Ablaza told NorthJersey.com. “I don’t know why those people and their handlers don’t see that just like the common people see what happened to that person. But I know that no one that walks out of my office looks like Kim Novak or Goldie Hawn.

“Even Priscilla Presley and Mary Tyler Moore and Carol Burnett – they all just look a little bit freaky and you say, ‘Really, who’s giving you advice?’ Why did Priscilla Presley have silicone injections in her face when it’s not even approved by the FDA in this country? … You’d think that they have all the money in the world and all the exposure, they must be going to the best. But they aren’t. They’re just in their own little bubble of thinking.”

Ablaza also comments that some celebrities “get carried away…and keep making changes, little by little, and they get so far off the mark,” they might even lose sight of their “starting point.”

“[Many patients say], ‘I don’t want to look like blank.’ Fill in any number of those blanks,” D’Amico told NorthJersey.com. “People come in and they say, ‘Don’t change me.’ And what I explain to them about facial rejuvenation surgery is that time and the environment and stress has changed you. So, it’s restoration, never alteration. What you saw in Kim Novak and Goldie Hawn is alteration and that’s always a mistake.”

“I think, unfortunately, a lot of these people do too much, whether it’s surgery or fillers,” Dr. David Abramson, chief of the department of plastic surgery at Englewood Hospital and Medical Center, told NorthJersey.com. “If you overdo something, you wind up with abnormal facial expressions. They always talked about that ‘Joker’ look from having too many face-lifts, but I think when people have too much non-operative stuff they can look just as bad because they can look puffy, swollen.”

Women account for the large majority of cosmetic procedures, 91 percent in 2012. However, the gender breakdown is less lopsided in Hollywood. John Travolta was one of the many Oscar night stars who raised eyebrows this year.

Character actors, like 84-year-old June Squibb, feel no need to hide their age, but celebrities known for their youthful looks feel the pressure to rejuvenate their appearance.

“It’s almost as if we have failed if we don’t remain 25 for the rest of our lives,” Cameron Diaz told Oprah Winfrey on the March 16 episode of “Oprah Prime,” which also featured Sharon Stone.

The aging process is the same for celebrities as for everyone else.

“When we’re young, the skin has a lot of elasticity, so all the rubber bands are nice and tight and the dermis is very thick with collagen and plump, and tight skin and plump skin is young skin, and that looks very good,” Dr. Barry DiBernardo, a Montclair plastic surgeon and past president of the New Jersey Society of Plastic Surgeons.

“Somewhere around 35 years old – it’s different in all of us, it depends on your genetics, your sun damage, your smoking – those cells will slow down the production of collagen and elastin and that’s when you’ll start to see the lines come in. The skin thins. Things start to fall.”

Luckily, there are a number of non-invasive and minimally invasive options for rejuvenating faces, including toxin injections like Botox for forehead wrinkles, fillers like Radiesse or Voluma for cheeks, Juvederm for nasolabial folds, Belotero for lower eyelid hollows and fractional lasers to resurface and tighten the skin.

“We now have more tools in our toolbox than ever,” D’Amico told NorthJersey.com. “It used to be, you held out and you went right into the operating room at some point. Nowadays, we have all different levels of intervention.”