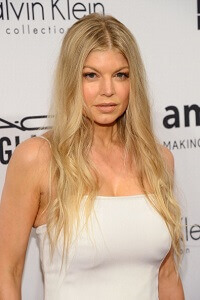 RadarOnline got right to the plastic surgery point, speaking to some of the top surgeons across the country regarding celebrity surgeries. The all-too-revealing report names a former presidential mistress, top fashion designer, several singers and Hollywood starlets for having multiple procedures, some ending up better than worse.

When it comes to actresses, several names were brought up in reference to reconstruction. Some of the most famous stars pegged for procedures were Demi Moore, Kate Hudson and Tara Reid.

Demi Moore underwent surgery for sagging knees in 2006. According to Los Angeles-based surgeon Anthony Griffin, the surgery was obvious two years later since “skin has stretched back down and you can see that there is still some fat left.”

A botched breast augmentation and lousy liposuction left 39-year-old American Pie star Reid speaking out about her experience. Calling her surgery a nightmare, US Weekly reported her 2004 breast surgery left her with deformed nipples and rippled skin.

“My stomach became the most ripply, bulgy thing” said Reid, adding her hermia, a large bump near her bellybutton, cost many career opportunities. “I couldn’t wear a bikini; I lost a lot of work.” As for the future, “I’m scared about getting surgery ever again. It’s like surviving a plane crash and getting on a plane again. My stomach scars are my battle wounds.”

Less famous but equally beautiful actresses noted by surgeons for going under the knife include Nicolette Sheridan, Ashley Tisdale, Linda Evans and Brigitte Nielsen. Never admitting to any surgery, Sheridan’s silence is questioned by a few surgeons who all agree she had a breast augmentation, face-lift, lip enhancements and regular Botox injections.

Unlike the 49-year-old Desperate Housewives beauty, 28-year-old star Tisdale openly speaks about surgery, which she claims was due to a deviated septum. Add two small fractures to the septum and Tisdale claimed she could not breathe, prompting her procedure.

“Through the years, my nose was to the left of my face,” said Tisdale. “There was something not right.”

Sylvester Stallone’s former wife Nielson, 50, went as far as to have her makeover aired in 2008 on German cable television. Face-lift and eyelid procedures, fat injections in her face, liposuction and breast augmentation gave the actress a full body makeover, making her look “at least 15 years younger,” according to Dr. Anthony Youn.

And as for Evans, 70, too much surgery was the downfall of the former Dynasty Star. “Her forehead is way too high for a woman her age,” said Dr. Griffin.

Singers Fergie, Ashlee Simpson, Courtney Love and La Toya Jackson have all had procedures, surgeons say. Los Angeles-based Dr. Richard Fleming said 38-year-old Fergie’s mini-facelift got rid of her “hanging jowls.” Simpson’s nose surgery left the 28-year-old thrilled, with the singer saying “I feel more confident than ever.” Both Love, 50, and Jackson 57, are noted to have had liposuction due to weight loss.

Lastly, Star Jones, 51, Gennifer Flowers, 63, and designer Donatella Versace, 58, have all gone under the knife according to expert surgeons, who suspect breast augmentation, liposuction and other skin tightening procedures are obvious from their former physiques.