Chaz Bono Opens Up About Weight-Loss and Transformation 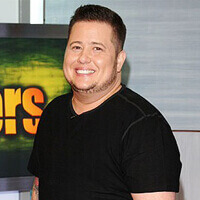 12 months following his quest for weight loss, Chaz Bono has lost a whopping 85 pounds. On the November 5th aired episode of “The Doctors”, the American syndicated talk show; Bono sat down and candidly discussed his radical transformation.

The only biological child of American entertainers Sonny and Cher, Chaz has had to endure a life in the limelight and all the subsequent public scrutiny attached. In addition to weight issues, Chaz has long battled with gender identity, as he recounted in his memoir “Transition: The Story of How I Became a Man”.

During his first appearance on the “The Doctors” Chaz opened up to Dr. Travis Stork, an E.R. physician, revealing that his long-standing battle with obesity goes back to issues in his childhood and teen years.

“This is really hard for me, and this is an issue that I don’t talk about with people because it’s so personal,” Chaz claimed. “I think it just really hits at some of those core issues from my childhood that I haven’t really dealt with.”

Chaz announced on the show that he has lost over 80 pounds due to dieting and that he feels that now is the right time to complete his journey with the assistance of cosmetic surgery.

Plastic and reconstructive surgeon and co-host of “The Doctors”, Dr. Andrew Orden and his on-screen partner Dr. Ritu Chopra both supported the decision of Chaz to under the knife for plastic surgery. However, both doctors stress the excess skin resulting from extreme weight loss can only be removed by medical surgery, and not dieting alone.

According to Chaz before the surgery, “I’m just hoping that I’m going to look thinner without the extra skin on me.” Chaz opted to undergo a tummy tuck (abdominoplasty) and Liposuction, two of the most common types of surgery popular for people who wish to remove excessive skin after significant weight loss. On account of both his body and face being involved in the surgery, the recovery time was more protracted.

The Secret to Weight-Loss

Dr. Ordon concedes that the pills did help. “"He did have one of the newer approved diet pills that helped him along. It wasn't earth-shattering, but it really did help him through the tough times.”

Still, a majority of the weight loss of Chaz was due to diet and exercise. Says Dr. Ordon, Chaz “really did do it on his own, the good old-fashioned way: diet and exercise. It’s interesting that Chaz breaks down the numbers as 90 percent diet to 10 percent exercise. The dietary is so important, just making certain changes.”