Admitting Your Plastic Surgery Past: What's Taboo and What's Not 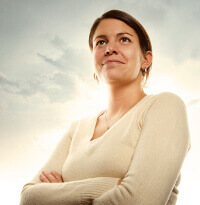 Years ago, admitting that you had undergone a nose job or gotten breast implants was like willfully selling your soul: if you didn’t have to do it, why would you? There was something completely taboo about confessing that a part of you was synthetic, enhanced, or narrowed. But times have changed, and so has the tension surrounding plastic surgery—at least to some degree. It’s now deemed acceptable to have certain procedures performed, for certain reasons. Read on to learn more about what type of plastic surgeries are still deemed taboo, and which have the public eye’s green light:

If there’s one procedure that’s considered all systems go for admittance, it’s BOTOX Cosmetic;. As the most popular non-surgical procedure in America, Botox uses a solution called botulinum toxin A to relax facial muscles that cause fine lines and wrinkles. Botox can be administered by a physician in an office, a hospital setting, and even in the convenience of your own home. “Botox parties” are popular social gatherings for the aesthetically-minded upper crust. A single Botox specialist can serve groups of women looking to get their injectable fix. Reality television series “The Real Housewives” has filmed Botox parties on more than one occasion, demonstrating to the public that Botox isn’t a big deal.

The acceptance of Botox probably also stems from the fact that it is a semi-permanent procedure. Botox usually lasts for about three or four months, at which point it will begin to wear off. Plus, tastefully done Botox won’t change the face’s overall symmetry or aesthetic—it just cancels out unwanted wrinkles.

Nose jobs, or rhinoplasties, can make a huge difference a person’s personal appearance. Thus, they’re one of the most noticeable plastic surgery procedures and in some cases, just can’t be denied. That’s why many celebrities and people in the public eye have resorted to the “deviated septum” excuse. Ashley Tisdale, Jennifer Aniston, and Ashley Simpson have all cited their septums as reasons for their apparent nose jobs.

To their credit, deviated septums are a real medical condition. Beverly Hills plastic surgeon Raj Kanodia, who performed all three of the women’s rhinoplasties, said “I would say in my practice as high as 95 percent of the people I see have a deviated septum, so chances are when someone says they have a deviated septum, they do.” He explained that “most septums and noses are broken when you're a toddler because the upper bone is not developed yet so when a child is learning to walk or crawl and they fall on their face, they traumatize their nose."

On The Fence About Implants

While some women are open about their breast implants, many others choose to be tight-lipped about their breast augmentation. And a lot of times, they can get away with that: breasts can be lifted, enhanced, minimized, and more with clever clothing choices and the right bra. Plus, breasts are easily tucked out of sight. Adrienne Maloof, Tara Reid, Anna Faris, and Jane Seymour have all admitted to having breast augmentation. Still, some celebrities with obvious implants refuse to own up to their pair (Victoria Beckham, anyone?), which suggests that implants aren’t totally kosher.

Any type of plastic surgery is a major decision, and it shouldn’t matter whether it’s considered taboo or not— it should be performed to fulfill your own personal desires. If you’d like to learn more about Botox, rhinoplasty, breast augmentation, or any other plastic surgery procedure, contact our representatives today. We’ll happily schedule a private consultation with a board-certified plastic surgeon in your area.