Trending Now: Kim K Back Under the Knife? 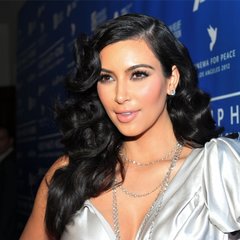 If you think Kim Kardashian had additional cosmetic procedures to get the recently scrutinized, beautifully sculpted face, you’re not alone.

After weeks of seclusion and no social media updates to speak of, Kim Kardashian has reemerged into the spotlight with her sister, Kourtney. The duo posted a selfie to Instagram to flaunt Kim’s new post-baby bod, but that’s not what has people buzzing.

According to Dr. Kishan Raichura - a cosmetic doctor and injectable expert at IGDP dental in London –it appeared that Kim had gone under the knife, suggesting that the work was done to achieve a "more sculpted look".

Kardashian vehemently denies the rumors, claiming that her looks are all-natural. And maybe just a touch of contouring magic.

On her social media pages, Kardashian spoke out. "No, I don't do fillers or Botox when pregnant like some tabloids are reporting, you would have to be really sick to endanger your child like that!" She explained.

Her argument may be valid, claims aesthetic nurse Julie Brackenbury. "Kim is pouting in this photo so that would ultimately make her lips look a bit bigger,” Brackenbury said.

While she did defend the possibility that the star’s photo may just be an illusion, she wasn’t completely sold on the idea. She added that Kim’s lips "do look more augmented".

This isn’t the first time that Kim – or the other Kardashian girls – have made waves with their cosmetic enhancements. According to the U.K. based cosmetic surgery group Transform, the Kardashian trio has had a monumental and lasting impact on the cosmetic surgery market over the past five or so years. From lip injections to booty lifts, cosmetic surgeons across the globe are acutely aware of the phenomenon that many have dubbed “The Dash Effect.”

Everyone wants to look like their favorite stars. What do you think – did Kim K get to have any work done after the birth of her beautiful baby boy, Saint West?