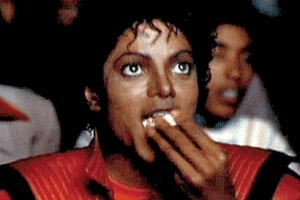 When video killed the radio star in the ‘80s, a whole new world of short music films were born and have grown to be both glamorous and even gross at times.

With “a grizzly plastic surgery scene,” A$AP Rocky used the operating room as a backdrop for his music reports Pitchfork.com, and the band HEALTH also went under the knife in their new “STONEFIST” music video, according to VICE music channel.

“Without giving too much away: everyone gets extreme plastic surgery to look like a bodybuilder, otherkin, hench Cumberpatch and what quite possibly could be Macklemore,” reports VICE, forewarning readers before watching the embedded video it might not be a good idea if “your boss has a weak stomach and for some reason would not appreciate people getting cut open all up in his or her search history.”

With beauty and gore in the eyes of the beholder, reality shows like Botched and drama series as Nip/Tuck are opening operating room doors to the public who can view actual surgeries. And it is not all that out of the ordinary, according to Bal Harbour Plastic Surgery.

Citing American Society for Aesthetic Plastic Surgery stats like the 279 percent increase in plastic surgery since 1987 and how in 2013 Americans spend more than 12 billion dollars on 11 million surgical and nonsurgical cosmetic procedures, Bal Harbour Surgery said there are four reasons why Americans are fascinated with plastic surgery.

Beauty being a door to opportunity is the first, with many woman believing “that looking beautiful is a sure way to get hired for a job and to attract a significant other. As fictitious as this sounds, this belief still has a strong hold on society and on the human psyche,” reports the Miami-based surgery suite.

The second reason is self-consciousness and the ability to alter one’s looks according to patient Gisele Silva Geronimo, who said “that beauty was about feeling comfortable in your own skin and liking what you see in the mirror.”

Thirdly, beauty is no longer a matter of fate, according to Bal Harbour Surgery. “Mariza Chaves is a woman who underwent plastic surgery to adjust the look of her abdomen,” reports the surgery center. “She believes that beauty is about feeling good about yourself and after the surgery she believed she was privileged to have gotten it.”

Calling the fourth reason rebirth, Bal Harbour Surgery reports how Maria da Gloria de Sousa saw her surgery as cathartic. “She believes that everyone is born perfect. But when life presents you with children and other events, that have the potential to alter the way your body looks, plastic surgery is a way to make you look and feel better about yourself,” according to the surgery center.

No matter the reason why, cosmetic surgery is showing up more now than ever, making it more visible in everything from music videos to television series. So expect to see more outside changes made from the inside and switch the channel slowly if you have a sensitive stomach.