Kailyn Lowry Is Latest Teen Mom to Get Plastic Surgery 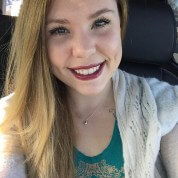 The young ladies involved in the “Teen Mom” franchise are no strangers to being in the spotlight. According to studies performed over the last few years, the MTV shows have had a noticeable influence on decreasing the rate of teen pregnancy in the United States, and the eight primary cast members have become cultural icons. For better or worse, spending their life in front of the camera has prompted a few of the young ladies to seek cosmetic enhancement, and recently Kailyn Lowery, one of the stars of “Teen Mom 2” became the latest to undergo plastic surgery.

In 2010, Farrah Abraham became the first of the “Teen Mom” clan to publicly admit to undergoing plastic surgery. At the time, the 19-year-old received a breast augmentation, and, over the next few years, followed up that procedure with rhinoplasty, a chin implant and further enhancement to her breasts. Following in Abraham’s footsteps was Jenelle Evans, one of the stars of “Teen Mom 2,” who underwent her own breast augmentation in 2012. To date, both young ladies have received praise and criticism for their decisions to go under the knife, and now Kailyn Lowry is experiencing the same treatment.

Recently, pictures of Kailyn Lowry surfaced documenting the before-and-after of her transformation. According to the reports, Lowry’s procedures were performed by famed plastic surgeon, Dr. Michael Salzhauer, also known as Dr. Miami. As documented in the photos, Lowry underwent three major procedures: liposuction on her neck, a tummy tuck, and a Brazilian butt lift.

Shortly after her surgery, Lowry sent out a tweet cryptically saying, “worst nightmare ever.” Although the post was vague, fans of the “Teen Mom 2” star took that to mean that Lowry was in significant pain following her surgeries. In the days since, Lowry’s recovery seems to be going well, and she is reportedly very happy with the results.

In the past, the plastic surgery exploits of the Teen Moms have been documented on the show, and since “Teen Mom 2” is currently in production, it’s reasonable to assume that Lowry’s cosmetic enhancement journey will appear on our television screens at some point in the future.

In the meantime, Lowry has become just the latest in a long line of young celebrities who are normalizing plastic surgery. While the practice may have its detractors, many cosmetic surgeons claim that there is generally nothing wrong with young women taking a proactive approach with their appearance. After all, you can’t put a price on feeling comfortable in your own skin.

If you or someone you know would like to learn more about plastic surgery, please schedule a consultation or contact one of our representatives today!