Is Celebrity Honesty About Plastic Surgery a Good Thing? 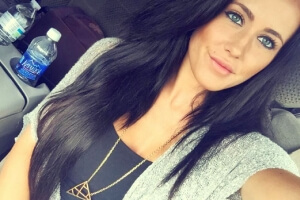 Twenty years ago, open discussion of plastic surgery was somewhat taboo in celebrity culture. We’d watch our favorite celebrities walk the red carpet or see their faces in magazines and think, “Oh, they’ve had some work done.” But by and large, the cosmetic enhancements that celebrities had undergone were the subject of speculation and almost never openly discussed by the celebrities in question.

All of that is changing, however, with Hollywood’s newest crop of celebs. The Kardashian clan routinely displays their cosmetic enhancement exploits on their reality show. A couple of years ago, Teen Mom’s Farrah Abraham and Jenelle Evans were both open about their respective breast augmentations. And recently, Ariel Winter spoke proudly about her decision to undergo a breast reduction. So suddenly it seems like honest discussion of plastic surgery is no longer taboo. But is that a good thing?

According to some cosmetic surgeons, this recent trend of celebrities discussing the work that they’ve had done is positive for the industry, as well as for personal empowerment. By discussing plastic surgery, the practice as a whole becomes demystified and less stigmatized. Additionally, it’s a signal to women everywhere that perfect celebrity features don’t just happen naturally, and therefore the rest of us shouldn’t feel negatively about our own appearance.

Highlighting the virtues of cosmetic enhancement also reminds women and men that they have the power to achieve the look that they want. In the past, plastic surgery was sometimes viewed as a privilege of the elite, but in the last decade it has becoming a ubiquitous practice. So in this day and age, people are no longer forced to live with physical imperfections that cause them stress, embarrassment or which negatively impact their self-esteem.

How Young is Too Young?

Unfortunately, there is one prominent downside to this newfound openness about plastic surgery. Many cosmetic surgeons have noted that, more and more, they’re getting consultation requests from potential patients who are still in their teens. While it’s certainly not unheard of for people to undergo procedures this young, it’s far from advisable. Our bodies continue to grow and change well into their 20s, so the features that people are upset about in their teens may be naturally altered when all is said and done.

Ultimately though, transparency about cosmetic enhancement probably does more good than harm. Even if this openness contributes to a culture that is already overly obsessed with appearance, it’s beneficial to at least be truthful about how that appearance was achieved.