Has Kylie Jenner Taken Her Quest for Perfection Too Far? 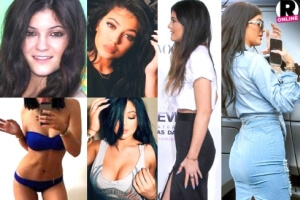 Fool me once shame on you, fool me twice shame on me. That seems to be the case as far as Kylie Jenner’s plastic surgery is concerned. Of course the public believed her when she first denied she had lip fillers, saying her perfect pout was a matter of lip lining and shading. Then the 18-year-old finally admitted she lied and that she has had professionals inject her lips with fillers like Juvederm.

Now the public is supposed to believe Jenner is telling the truth about her suddenly full bust not being the result of surgery, despite being photographed leaving a cosmetic surgery clinic in Beverly Hills, according to an ET! report.

“While at New York Fashion Week, Kylie made light of all the talk about her cleavage when she spoke with ET,” reports the media outlet. "I just love my body, so it's just funny that people made that up," she said. "But it's almost a compliment that they thought they were fake, because then they must be really great!"

But can she be believed? Like before, Jenner is saying she enhances her bust size naturally and silicone has nothing to do with it. It’s a matter of baby fat ending up in all the right places, according to the reality star. "Truth is, as I've gotten older, I've gained 15 pounds and my body has changed," wrote Jenner in an essay shared on her own personal app. “I haven’t gotten breast implants!”

As for the future, Jenner has that covered by already prefacing her position on plastic surgery. "If, down the line, I get to a point where I’m really uncomfortable with something on my body, I’m not against changing it," says Jenner.

Being the youngest sister in the Kardashian clan, there’s a pretty high bar set for Jenner as far as superficial beauty is concerned. Kim Kardashian West set the stage for both Jenner and her fashion model sister Kendall. However, unlike Kylie, Kendall sports a more natural look that has never been questioned.

But Kylie is a whole different story. Radar Online reported how family members are concerned for the teenager’s preoccupation with perfection. “Jenner, who has admitted to getting her lips plumped up after lying about it for several months, has also had other less-invasive procedures such as skin resurfacing and microdermabrasion,” reports RADAR Online. “And the source said the family thinks she should stop there, and not go under the knife for a major procedure.”

Speaking of her siblings, it was Kendall’s catwalk fame that ignited Kylie’s need for attention. “According to the Keeping up with the Kardashians family source, Jenner’s obsession with being plastic fantastic started when her 19-year-old sister Kendall Jenner started to book modeling gigs. Kendall’s career, of course, soon exploded,” says Radar Online.

As for the whole truth and nothing but the truth, well, that’s a luxury the public may never know unless the reality star gets real for real.