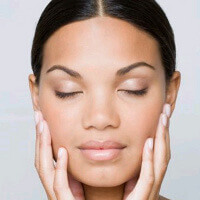 At Plastic Surgery Portal, we do our best to keep tabs on which Hollywood starlets are getting work done. Thanks to the insights of board-certified plastic surgeons and advanced medical research, we’re pretty good at identifying what’s been altered and what hasn’t. There following list reveals the some of the most ridiculous plastic surgery rumors, ranging from toddler rhinoplasties (poor Blue Ivy!) to accusations of the First Lady.

1. Blue Ivy. Soon after Beyonce and Jay-Z let the world get a peep at their bundle of joy, rumors began circulating that Blue Ivy had gotten a nose job. “Baby rhinoplasty,” according to Media Takeout, transformed Blue Ivy’s nose from pointed to flat. Thankfully, the public generally scoffed at the claim. Beyonce and Jay-Z would be hard-pressed to find a plastic surgeon that would perform on an infant’s developing nose. Plus, most rhinoplasties aim to make the nose more narrow—not the other way around!

2. Miley Cyrus. It may be an attempt to distance herself from her Disney roots, but the former Hannah Montana star is all about changing up her look. After debuting a much shorter ‘do in September 2012, some speculated that she had also given her lips a makeover via injectables or implants. While Cyrus’ lips do look pretty plump, it’s important to remember that she often sports like pouty duck face, emphasizing her existing lips. Her lips my also look altered thanks to gingivectomy, a cosmetic dental procedure that reduced her former “gummy smile.”

3. Michelle Obama. Prior to election season, some plastic surgeons said that the First Lady was looking curiously refreshed. But if Mrs. Obama did indeed get some work done, it’s probably not surgery. “She has the classic look of the ‘Liquid Facelift,’” said Dr. David J. Goldberg, chief of dermatology at Hackensack University Medical Center in New Jersey. “That is she has the look of the facelift…she may had liquid fillers injected and did not have surgery. These fillers are usually either Radiesse or Sculptra.”

4. Kelly Ripa. The host of Live! With Kelly and Michael is teeny-tiny. At just 5’3”, Ripa has an all-over slim build. So when she stepped out on the Live! stage, viewers were surprised to see her sporting a much bigger butt. But it turns out Ripa was trying a pair of Booty Pop™ butt-enhancing underwear. No Brazilian butt lift here!

5. Ali Lohan. After stepping out with a strange new appearance, some say that Ali Lohan is just as fanatical about plastic surgery as her older sister Lindsay. Ali’s changed look can be contributed to a combination of factors. “It appears that most of the changes are due to weight loss,” said Dr. Garth Fisher, a Beverly Hills plastic surgeon. Thicker eyebrows, new makeup, and a totally different style make Ali look drastically different.

Whether you’re looking for a procedure that leaves you looking au natural or “look at me,” Plastic Surgery Portal has hand-picked an entire network of board-certified plastic surgeons for your use. These doctors have received extensive training in breast augmentation, face lifts, dermal fillers, liposuction, and so much more. Browse our directory or contact us today to schedule a personal consultation with a plastic surgeon in your area.