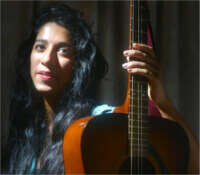 Shimali De Silva, an Australian singing hopeful who had gotten through the final rounds of an international pop singing and performance contest was reportedly told that she need plastic and cosmetic surgery to look younger, even though she was only 14 years old at the time.

De Silva, who currently resides in Hong Kong, was purportedly taken to see a plastic surgeon by organizers and producers of the Korean talent contest, K-Pop Star Hunt. In an article with the South China Morning Post, De Silva declares that the surgeons proposed extensive changes to her current physical appearance, allegedly telling the singer, “You're 14, but you look 30”.

It all started out innocently enough, when De Silva posted an audition on YouTube that won the Hong Kong demographic of Star Hunt. Upon her first victory, she was flown to Seoul (South Korea) last November. De Silva, now age 15, told the South China Morning Post paper: “The doctor brought out this terrible mugshot and said to me, ‘You're 14, but you look 30’. He pointed out the curvature of my forehead, the ratio of my nose to my chin, all this stuff that I hadn't even thought about. “I was trying not to be affected by it, but as a 14-year-old, people tell you that the way you look is important if you want to break into this industry; that sunk in and I started tearing up.”

Emotionally devastated, De Silva called her mother Ruanthi from the restroom in the clinic to retrieve her daughter. According to her “We teach our children to be proud of who they are, that they should be judged not by the colour of their skin but by their good actions,” states Ruanthi. “Suddenly, my daughter was told that her skin, her nose, her face are not right; my heart was breaking.”

In South Korea, according to a recent survey, a staggering one in five women in Seoul has had some type of cosmetic surgery procedure. A large percentage of these surgeries are performed on teenagers.

The pressure to conform to certain physical ideals in South Korea is a major issue. The cultural emphasis is to maintain excellence intellectually as well as physically. For young people, plastic surgery options seem to avail personal insecurities and improve perceptions of self-worth. However, as plastic surgery becomes more popular, the pressure of cosmetic surgery is becoming more common as well.

Be Who You Want to Be

Plastic surgery is not for everyone, and nobody should feel they have to receive treatments. However, plastic surgery should also remain available for everybody without a person feeling embarrassed or ashamed about receiving consultation and treatment. The choice is up to you. If you are interested in receiving plastic surgery and would like to know more about your options, contact us one of our representatives. We can arrange for you to meet with a board-certified specialist uniquely qualified to your needs and expectations. Call or contact us today to get started.