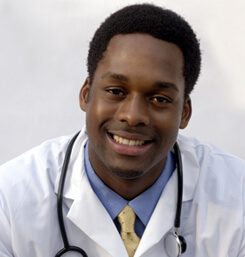 Perhaps the most prominent thought on everyone's mind these days is the faltering economy, and how it will impact their lives in the months and years ahead. In a serious recession like this, everyone feels the sting. However, many plastic surgeons and cosmetic specialists aren't seeing their business squeezed as much as one might expect.

While it's certainly true that most Americans are working with tighter budgets and putting extra thought into whether cosmetic surgery is the best choice for them, the plastic surgeons themselves are not oblivious to this predicament. In fact, many plastic surgery centers have adapted to the economy and sustained their businesses by directly addressing the financial situations of prospective patients.

Even in a city like Detroit, where the economy has been struggling for years, many plastic surgeons report steady or even increased business in 2008. It's hardly a national trend, but such reports aren't uncommon. There are a few reasons for this.

Another development in plastic surgery is more doctors working with healthcare financing companies to give patients more payment options. CareCredit, Capital One Healthcare Finance, and other financing groups allow consumers to get that breast surgery or face lift right now, without having to pay for it until years down the line, when the economy is expected to be on the rebound.

So, with lower plastic surgery prices, and sometimes no payments all, it makes sense that many cosmetic surgeons are still staying afloat. However, the biggest factor might be harder to measure. The fact is, a person's body and their self perspective will always be difficult considerations to set aside. Many people may drive their car less and buy cheaper groceries, but they'll still save space in the budget for cosmetic treatments, whether it means a surgical procedure or a non-surgical option like Botox, which continues to soar in popularity.

Diving even deeper into that idea, some experts say that the economy and plastic surgery may even have another direct relationship, as the competition for jobs leads many workers to consider the advantages that an anti-aging, skin rejuvenation, or cosmetic procedure could bring them in job interviews and in the workplace itself.

In the end, choosing to undergo plastic surgery is still a personal decision that requires plenty of thought. The good news is that plastic surgeons offer no-obligation consultations in which both the surgical and economical aspects of a procedure can be fully explained. Knowing all the facts is the only way to determine if plastic surgery will work for you in today's economy.