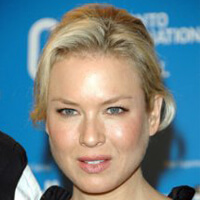 Renee Zellweger had us all at “hello” and now, amid a recently announced engagement and a flurry of plastic surgery rumors, maybe the fans are the ones who have been had. Zellweger, the American actress and producer perhaps most known for her role in the film Jerry Maguire and the title role in the Bridget Jones movies, is turning a lot of heads for what appears to be significant plastic surgery makeover.

Back in November, while attending a screening for Long Shot: The Kevin Laue Story screening at AMC Burbank 16, Renee Zellweger appeared with a radical new look – And not necessarily because of what she was wearing. According to reports, the actress looked completely transformed with a smoother, higher brow and augmented cheekbones.

Zellweger’s has been out of the celebrity limelight for a while. The Lifetime television network has reportedly announced it would green light “Cinnamon Girl” a drama pilot executive produced by Renee Zellweger and set in the 1960s. The last time Zellweger has acted was as a paralyzed singer and songwriter in the 2010 road movie “My Own Love Song” co-starring Oscar winner Forest Whitaker.

Zellweger is no stranger to romance, having notoriously annulled her less than half-year marriage to country music performer Kenny Chesney in 2005, on the basis of “fraud”. However, an insider revealed to OK! Magazine that Renee’s engagement to Doyle Bramhall, a blues guitarist, is completely sincere. "They have so much history. She says it feels like she's come home. "She has never felt so comfortable with a guy. Renee has been surrounded by fake showbiz people for a long time, so she took a few years to focus on her personal life--and it's paid off.” The insider added, "She's been searching for her inner happiness, and her dreams of having a family are coming true."

Despite her newfound happiness, entertainment insiders are still mostly baffled over the personal motivation of Zellweger’s possible plastic surgery. Audiences have known the actress for her pouty lips, rounded cheeks, and characteristic squinty eyes. Zellweger’s new look, purportedly from extensive plastic and cosmetic surgery, has drastically altered her former looks.

As technology in the field improves, plastic surgery is steadily becoming safer and increasingly cost-efficient. As more celebrities and models reveal their plastic surgeries and treatments, the stigma that once tabooed plastic surgery will slowly give way to support and acceptance.