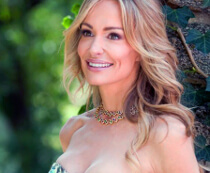 It should come as no surprise that Bravo’s The Real Housewives franchise has earned consistently high ratings since its debut in 2006 with The Real Housewives of Orange County. The show features high-profile women and their lavish daily lives filled with drama that puts The Hills to shame. Americans can’t get enough of the Housewives, which now has installments in Orange County, New York City, Atlanta, New Jersey, Beverley Hills, and Miami. And in places like these, appearance is everything.

Plastic Surgery on The Real Housewives of Orange County

It all started with Orange County, a town that’s no stranger to plastic surgery. Breast implants seem to be the norm, even for workaholic mom Vicky Gunvalson. Vicky also gets routine Juvederm and Botox injections to keep her face tight and wrinkle-free. Tamra Barney, the self-proclaimed “hottest housewife in Orange County,” has had implants and Botox. She’s also a fan of laser skin resurfacing for the sun damage on her skin that she obtained when she was younger. The treatments seem to work well for her, as her skin looks youthful and even-toned. The show’s youngest housewife, Gretchen Rossi, is just 32 but said that she’s already tried Botox once.

Plastic Surgery on The Real Housewives of New York

The Real Housewives of New York stars Ramona Singer, Bethenny Frankel, and Jill Zarin have all admitted to having a little nip and tuck. Ramona, who’s been using Botox for ten years, said that women should be open about the plastic surgery procedures they’ve had done. The 52-year old has also had VelaSmooth to reduce the cellulite on her thighs. Bethenny has tried Botox and got a breast lift after losing 20 pounds when she was younger, so that she “didn’t feel like a saggy mess,” she said. Jill has said that that she gets Botox religiously every 6 months to prevent crow’s feet. In 2009, she had a breast reduction that took her from a 32G to a 32D.

Plastic Surgery on The Real Housewives of Beverly Hills

Perhaps the most plastic-surgery laden city in the “Real Housewives” is Beverly Hills, where beauty and youth are the top priority. Paris Hilton’s aunts Kyle and Kim Richards have both had some work done. Kyle admits to a nose joband Kim’s had implants, which have since been removed. The most obvious plastic surgery fanatics on Beverly Hills are Adrienne Maloof and Taylor Armstrong. Adrienne is the wife of plastic surgeon Dr. Paul Nassif. Although she’s said in the show that she’d never let her husband operate on her, it’s obvious that someone else has. She claims to have only had Botox and injectable dermal fillers, but it looks like she’s also had a face lift, cheek implants, and a rhinoplasty as well. Taylor Armstrong gets a lot of flack for her apparent plastic surgery, some of which has been featured on the show. One episode showed her getting Radiesse to fill in her hollow temples. Her injectables look nice, but the lip augmentation and cheek implants look overdone. Lisa Vanderpump, on the other hand, has used plastic surgery to enhance and maintain her natural looks. Miami plastic surgeon Dr. Michael Salzhauer says it looks as if she’s had some Botox and possibly a nose job.

Plastic Surgery on The Real Housewives of Atlanta

Fan-favorite Nene Leakes of The Real Housewives of Atlanta had cameras follow her as she got a minor rhinoplasty, which left her nose thinner and straighter. She got veneers “so my smile would be so beautiful,” she told People. She’s also rumored to have had breast implants. Atlanta’s only blonde, Kim Zolciak, said that she’s had breast implants twice but only gets Botox to cure her migraine headaches. She also uses VelaShape to tone her thighs. Dr. Nassif said that she may have had some dermal fillers injected in her face.

Plastic Surgery on The Real Housewives of New Jersey

New Jersey’s Danielle Staub maintains that she’s all-natural, but it’s obvious that she’s had some work done. After all, this is the woman who claimed innocence until a tell-all book revealed her prostitution and drug dealing past. Based on the “before” pictures released by Bravo, Danielle looks as if she’s had breast implants, rhinoplasty, brow lift, and possibly a face lift. Teresa Giudice was another one to let the cameras in on her plastic surgery, as she went from an A to a C cup during the show’s first season. Dina Manzo and Jacqueline Laurito both admit to having breast implants as well. As for Caroline Manzo, the show’s matriarch, she claims to be surgery-free.

“The Real Housewives” have definitely had a lot of work done, ranging from excellent improvements to overdone downgrades. The key to successful plastic surgery is in your doctor. If you’d like to explore the best doctors and procedures for you, we can schedule a private consultation with an experienced, board-certified plastic surgeon in your area.