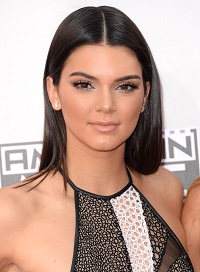 Stop the presses! Kardashian half-sister and model, Kendall Jenner, 21, is reportedly going under the knife again for a second nose job. Her first purported rhinoplasty, back in 2014, made headlines – as does virtually anything she and her sisters do. Britain’s “OK” magazine speculates that Jenner is “under the pressure to be too perfect.” While it’s easy to make fun of a celebrity’s plastic surgery obsession, there’s a reality underneath. That reality is a young woman caught in the nonstop glare of cameras and videos, images instantly transmitted worldwide. While other young women may not worry about global attention, they feel the anxieties driving Jenner on a lesser scale.

Arguably no family has made plastic surgery more acceptable for their generation than the Kardashian/Jenner clan, and they’ve helped their fans understand the entire process. Now 35, Kim Kardashian West has radically changed her image over the past decade, and sisters Kourtney, Khloe, Kylie and Kendall are relatively open about their use of plastic surgery and non-invasive methods to look their best. Along with influencing fans, the Kardashians’ openness has allowed other stars to ‘fess up about their own nips and tucks.

For young women in the media spotlight, plastic surgery addiction is becoming a genuine issue. Chloe Ferry, 21, British reality star of “Geordie Shores,” admits she’s a plastic surgery addict. A nose job earlier this year made her virtually unrecognizable. During her recovery from surgery, she kept fans up-to-date via Instagram on all the bruises and swelling involved until her new nose took recognizable shape. Along with the nose job, Ferry has had lip fillers, Botox and eyebrow-lift injections. She told a reporter she didn’t ever plan to stop availing herself of plastic surgery.

Plastic surgery has improved the lives of countless people, giving them a better appearance and greater confidence. However, a condition known as body dysmorphic disorder (BDD) may lead to plastic surgery addiction. There’s no reason to think the celebrities mentioned suffer from this psychological issue, but it is a legitimate problem. People with BDD are never happy with their appearance – in their minds, there’s always some flaw, however tiny, and it requires fixing. The BDD patient obsesses on this real or imagined flaw, to the exclusion of normal activities. It is a disorder along the lines of anorexia nervosa, where a thin person is convinced they are fat and need to lose weight. There’s nothing wrong with wanting to improve appearance, but those who have undergone multiple elective surgeries and still think they appear unattractive – against all evidence – should seek counseling rather than more cosmetic procedures.