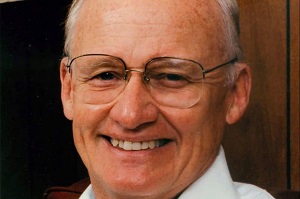 Nowadays, we take plastic surgery for granted, but the practice has a long, storied history that goes far beyond elective cosmetic enhancements. In fact, for years plastic surgery was primarily a means to correct significant physical deformities, helping people to maintaining the highest possible quality of life. It was in this role, as a performer of medically necessary corrective procedures, that Dr. Milton Edgerton built a reputation as being a prominent innovator in his field. For half a century, Edgerton was regarded as a trailblazer, looked up to by his colleagues, but on May 17th of this year, Edgerton passed away in Charlottesville, Virginia.

You might be wondering, what does a plastic surgeon have to do to be regarded as a major innovator in his field? In Dr. Edgerton's case, he took on patients that were considered overly risky or controversial at a time in history when few doctors dared, and thanks to his teaching roles at Johns Hopkins and the University of Virginia, he served as a mentor for hundreds of up-and-coming plastic surgeons.

On the heels of World War II, veterans were coming home from the battlefield scarred by bullets, injured by shrapnel and suffering from disfiguring burns. This was the landscape of plastic surgery when Dr. Edgerton began his illustrious career, and treating these wounded warriors set the tone for the types of cases he chose. Over the years, Edgerton made a reputation for taking on the most difficult cases. In addition to treating burn victims and cancer patients, he reconstructed body parts, and even helped restore a sense of pride to a young girl who was born with her eyes near the sides of her head, along with numerous other facial abnormalities.

It's impossible to know where the plastic surgery industry would be without innovators like Dr. Milton Edgerton. Without question, however, he made strides in his work that contributed to the enormous popularity that cosmetic enhancement has today, and among his peers and the generations that followed, Dr. Edgerton is considered a true trailblazer.