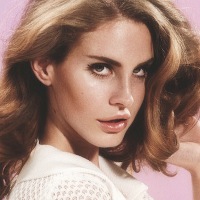 After almost a year of hype, Lana Del Rey’s debut album Born to Die is finally in stores, following a deluge of controversy capped by the young singer’s divisive performance on Saturday Night Live. With a refined retro look, femme fatale vocal style, and a controversial backstory, the young singer has been a lightning rod on the internet since her first single “Video Games” started making the rounds. Among music fans who savor authenticity and revolt against the superficial, Lana Del Rey has been particularly criticized for her rumored plastic surgery past—specifically, an apparent lip augmentation. Read on to learn more about how Lana Del Rey’s plastic surgery drastically affected her image and fanbase.

When she first entered the music scene, Lana was quite a different girl. First off, she used her given name of Lizzy Grant before de-humbling herself with a vaguely Spanish-sounding stage name. And while the Lizzy of just a few years ago was attractive in a girl-next-door sort of way, it’s some deliberate styling and a touch of plastic surgery that has jolted Lana into a role that many blogs were initially calling the “next indie music superstar.”

Lana has denied having any plastic surgery. However, it is pretty clear based on the comparison of before and after pictures that she has had work done on her lips. Her new pout could be a result of lip implants, similar to what Lisa Rinna had done to her lips. Lip implants involve the insertion of an implant made out of Alloderm®. SoftForm®, GOR-TEX®, or other types of soft implants. Lip implants involve surgery, and are totally permanent. Lip augmentation, on the other hand, uses injectable dermal fillers like Juvederm™ or Restylane. No surgery is involved, and the results tend to fade over time. Despite the photographic evidence, Lana maintains that her lips are totally real.

“I haven’t had anything done at all,” Lana told Complex in an interview. “Anyone who’s known me will tell you that. I’m sorry, but I was living in a trailer park for a few years. I didn’t even have enough money to buy Cocoa Puffs. It’s not like I crawled from under the bridge and got surgery. I’m quite pouty. That’s just how I look when I sing.”

There’s speculation that Lana also had other procedures, such as rhinoplasty and dermal fillers in her cheeks.

Lana’s plastic surgery makes up part of the very large bias that her audience—hipsters and other types that highly value authenticity—holds against her. She has been accused of sleeping her way to a record deal, nepotism due to her wealthy family background, and being altogether “manufactured.” And as far as plastic surgery goes, body modification is essentially taboo in the indie scene unless it’s in the form of a sleeve of tattoos or piercings. It’s left many music critics divided; a girl like Lana is hard to accept into an arguably exclusive community. But Lana’s polarizing effect has catapulted her to the front of many blogs, articles, and other forms of media that grant her exposure. So, is it fair to hold Del Rey’s cosmetic choices against her when assessing her music? Well, we’ll leave it to the record sales to answer that question.