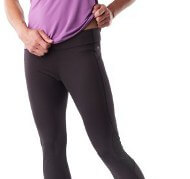 Cosmetically inclined women are truly taking a head-to-toe approach to anti-aging solutions these days. Sometimes, this even includes advanced aesthetic procedures for the genital area-- often referred to as a labiaplasty. Just as drooping breasts are associated with aging, some women associate the droopy, less voluminous appearance of their labia with old age. One of the newest procedures custom designed to address this issue is the "labial puff." The labial puff is a type of non-surgical labiaplasty that uses injectables to volumize the labia. Since the labial puff is non-invasive and uses routine injectables, it’s a safe and easy alternative to other forms of labiaplasty.

The labia majora consists of the outermost folds, or lips, surrounding the vagina. As women age, the labia loses its laxity and it may take on a deflated appearance. Like any other part of the body, the labia is also subject to wrinkling. Women may particularly notice their labia changing after childbirth and during menopause. It may seem like a silly concern, but some women feel that their genitals are symbolic of their youth and sexual appeal. By rejuvenating the labia, that youthful look can be restored. The labial puff also helps to conceal the labia minora from outside view, for a more proportioned appearance. It’s important to note that the labial puff is a form of labiaplasty, which involves the outer appearance of the vagina. Vaginoplasty, or vaginal rejuvenation, involves the surgical reconstruction or tightening of the vagina itself.

The term “labial puff” was coined by Dr. Christine Hamori, a Massachusetts plastic surgeon with a lot of experience in vaginal and labial cosmetic procedures. She’s even appeared on Dr. Phil’s spin-off show, The Doctors. The labial puff involves collagen-inducing injectables like Scupltra or Radiesse. After a numbing cream is applied to the labia, a tiny needle injects the solution. Sculptra is a synthetic polymer of polylactic acid (PLA) that encourages collagen formation. Radiesse also increases collagen but it’s more permanent, with results lasting for up to five years. If you’ve never had a labial puff before, Sculptra may be a wiser option. But if you’ve had the procedure done before and are happy with the results, then Radiesse may save you time and money.

The subject of labia size is rather divided. While someone women want to decrease the size of their labia with labia liposuction, others seek the labial puff to enlarge it. Objectively, there’s obviously no more or less attractive genital region: it’s whatever you prefer. But subjectively, there’s also no agreed upon labial preference, which is rare in the world of plastic surgery. It has been proven that the labia becomes enlarged during sexual arousal. And of course, a labial puff provides the look of a more youthful vagina. If you’d like to further discuss your labiaplasty options with a board-certified plastic surgeon in your area, contact us today for an appointment.