Kylie Jenner Mouths Off About Her Plump Pout 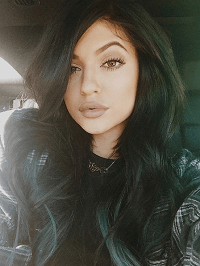 And the conversation continues.

Since tweeting and talking to E! in late 2014, Kylie Jenner still finds herself having to admit to and defend plastic surgery, especially when it comes to her perfect pout. Sporting the February Cosmopolitan cover in a t-shirt and jeans, looking like the million bucks she is worth, Jenner continues to answer the constant plastic surgery inquiries in the entertainment report.

“You guys have watched me grow up since I was 9,” Jenner told Cosmopolitan. “My face is going to get different.”

One thing that is definitely different than when she was in the single-digits is that the 17-year-old knows a few things about altering the face.

“Now, I know how to do my makeup, contour, and everything,” Jenner said. A past Plastic Surgery Portal report noted how the Kardashians’ sister spoke about her supposed lip surgery on social media recently.

“How long are we gonna talk about this lip thing,” tweeted Jenner.

While Jenner would not opt for lip work now, many women have been for years. According to 2013 Cosmetic Plastic Surgery Statistics, lip augmentation was quite a popular procedure, with a noted 25,156 surgeries reported to PlasticSurgery.org.

Not always so vocal, Jenner admits ducking paparazzi in the past.

“When I was like 10, 11, 12, I had a really hard time with the media,” Jenner said. Saying there were a lot “more haters” than a famous child might have, Jenner said it was especially hard “since I was younger and my sisters were so beautiful and had it all.”

The young socialite now graces the covers of top fashion magazines, becoming a bit more like her famed sibling, Kim Kardashian-West. And she is not necessarily complaining about the attention.

“I can have my moments and say that I don’t want this life anymore, but I wouldn’t trade it for the world,” she said. “The good is definitely worth the bad.”

Whether or not Jenner will follow in her sister Kim’s footsteps as far as plastic surgery is concerned is yet to be seen, but what will remain obvious is Jenner’s gorgeous set of lips.