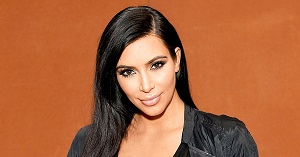 For the last decade, Kim Kardashian has been one of the most-talked about celebrities in the world. During that time, we've all watched the ups and downs that she and the rest of the Kardashian/Jenner clan have gone through on their television show, "Keeping Up With the Kardashians," and its various spin-offs.

On the show and in the media, Kim has helped to normalize the practice of cosmetic enhancement. Whether it's Kim receiving quick injections of Botox or dermal fillers, sister Kourtney's much-publicized breast augmentation, or Caitlyn Jenner's eye-popping transformation, the Kardashians have in some ways become inexorably linked to plastic surgery.

Yet even with their history with cosmetic surgery, the newest headlines about Kim still managed to raise some eyebrows.

Reportedly, Kim Kardashian has spent a whopping $100,000 on cosmetic enhancement over the last year. And the reason? Apparently, the pregnancy and birth of her second child, Saint West, took quite a toll on her body. It seems that even someone as fabulous as Kim Kardashian can't escape the changes that come along with having children.

For some devoted Kim-watchers, this news didn't truly come as a surprise. Back in February, roughly two months after Saint was born, rumors were circulating that Kim was laying low following a barrage of plastic surgery. Now, we my finally have a better idea of what those surgeries entailed.

Reportedly, Kim underwent a tummy tuck, liposuction and a number of laser resurfacing treatments, all to the tune of more than 100K. None of that is to say, however, that Kim's appearance is entirely surgeon-given. Kim has long adhered to a strict diet and exercise routine, but it's easy to see how a busy mother of two may need a little help to keep her physique in tip-top condition.

With all these cosmetic surgery stories circulating, you may be wondering if Kim is finally owning up to getting work done on her most famous feature: her butt. Well, on the one hand, Kim has admitted to getting butt injections every few months, but they're apparently to treat psoriasis, not to put more junk in her trunk.

Whether or not Kim's butt is real, one thing is for sure. On lists of most-requested celebrity comparisons that patients give as reference points for their plastic surgeons, Kim's posterior remains one of the most popular choices.

So whether she's undergoing surgery herself or simply held up as an ideal, it seems as though Kim Kardashian will continue to be associated with plastic surgery for the foreseeable future.