Keeping Up with The Kardashians’ Plastic Surgeries 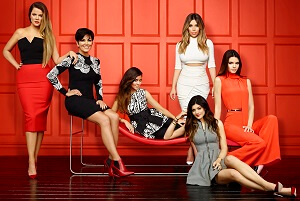 Nowadays, it seems like the Kardashians are everywhere. And some days, such as when Kim’s Paper magazine photoshoot famously broke the Internet, it feels like that perception isn’t far from the truth.

With that level of fame, however, comes constant public scrutiny and the Kardashians have had to battle a seemingly unending barrage of rumors since their hit television show first premiered in 2007. Some of the most pervasive of these rumors have revolved around members of the clan undergoing plastic surgery.

In the past, most of these rumors have been directed at Kim Kardashian-West, arguably the most famous member of the family. Reporters and bloggers have speculated that Kim has undergone everything from rhinoplasty to buttock implants, but so far little of this speculation has been proven true.

Similarly, Kourtney and Khloe Kardashian have had to endure their share of plastic surgery speculation. But aside from Kourtney admitting to getting breast implants while in college, it would seem that these rumors are largely unfounded.

Now, it’s their younger sister, Kylie Jenner, who is having to defend herself against plastic surgery claims. Recently, media outlets have started to speculate that Kylie has had work done on her lips, possibly by having fillers injected into them. Kylie vehemently disputes these reports.

As proof, members of the media have been offering up before-and-after pictures of Kylie from when she was younger, claiming that her looks have changed dramatically. Kylie is adamant, however, that any changes between then and now are just natural byproducts of the aging process.

Whatever level of scrutiny Kylie has been under, however, is nothing compared to the attention that her father, Bruce, has been receiving of late.

Numerous media outlets have reported that Bruce Jenner is in the process of transitioning from a man to a woman. Although no member of the Kardashian/Jenner clan has confirmed these rumors, recent photographs of Bruce with shoulder-length hair seem to give credence to the speculation.

Bruce Jenner appeared in a sit-down interview with Diane Sawyer on April 24th to open up about his situation, though some members of the LGBT community reportedly aren’t wild about Jenner’s transformation, as they feel that his transition is being treated as a spectacle.

No matter what happens, however, it’s clear that rumors and speculation will continue to follow the Kardashian family so long as they remain in the public eye.