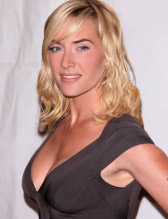 The internet is currently abuzz with Kate Winslet’s stance on plastic surgery. According to the Oscar-winning actress, going under the knife for aesthetic tune-ups is unacceptable.

“It goes against my morals, the way that my parents brought me up and what I consider to be natural beauty. I will never give in,” Kate told the UK’s Telegraph. “I am an actress, I don’t want to freeze the expression of my face.”

Kate’s statements (and her recent heroism in the Richard Branson house fire) have earned her plenty of praise from critics and fans. Her anti-plastic surgery views are echoed by fellow British actresses Helen Mirren, Emma Thompson, and Rachel Weisz. The foursome have all said separately that they disagree with plastic surgery and that they will never fall prey to the temptation of a rhinoplasty, facelift, or other procedure. In 2009, Rachel even called for a ban on plastic surgery in the entertainment biz: “It should be banned for actors, as steroids are for sportsmen. Acting is all about expression; why would you want to iron out a frown?”

Mexican bombshell Salma Hayek went into further detail on plastic surgery in a recent issue of People. "It's like the uniform of a generation," she says. "And it's not necessarily beautiful. It's not wrinkled-looking, but it's not beautiful."

There’s certainly nothing wrong with these actresses determining that plastic surgery isn’t a good option for themselves and their careers. They’re all beautiful, wealthy, successful women, and they proudly don’t feel the need for surgical touch ups. Unfortunately, the actresses’ noble intentions with the Anti-Cosmetic Surgery League also unnecessarily and unfairly simplify the plastic surgery industry as a whole—as well as the motivations of those women (and men) who find genuine day-to-day benefits from cosmetic procedures.

Every year, millions of people take advantage of modern advances in medicine and surgical procedures to help them overcome deformities, recover from illnesses and injuries, or to just improve their self confidence in one small way or another. For every famous Hollywood starlet that undergoes a comical, Pamela Anderson caliber breast augmentation, there are countless other normal, everyday women who carefully consider small, tasteful breast augmentation procedures to help with their figures or to give them a boost of confidence in their personal or professional lives. For those not blessed with the looks of a Kate Winslet or Rachel Weisz, cosmetic treatments can also help even the playing field in the extremely competitive and undeniably unforgiving worlds of fashion, music, and acting.

In a perfect world, of course, cosmetic surgery truly never would be needed. But in the meantime, it’s a slippery slope when those on top seek to impose their own philosophies on those working their way up.

That said, Winslet’s message is an important one in that every woman—whether a famous actress or middle class, working mom—should never undergo a cosmetic procedure purely due to outside pressure. Plastic surgery is a serious choice, and it’s something that requires plenty of consideration of the pros and cons beforehand.

Rather than relying on those in the Anti Cosmetic Surgery League, it’s probably wise to get the actual scoop from a real, board-certified plastic surgeon. He or she can answer your questions about any potential cosmetic procedure, from a rhinoplasty to liposuction. By understanding the risks, costs, recovery times, and long terms benefits of these and other common procedures, you can better determine if cosmetic surgery might be something worth pursuing in your own life.

As with most things, the worst plastic surgery ambassadors tend to get the most attention (Heidi Montag, anyone?). But in general, plastic surgery—when intelligently examined and safely, tastefully utilized— is rarely deserving of the negative connotations bestowed upon it by Winslet and the Anti Cosmetic Surgery League.

To get a better sense of whether plastic surgery really is the right or wrong move for you and your career, schedule a consultation with a doctor in your area by contacting Plastic Surgery Portal today.