The Jenner Debate: Did Kylie Get More Work? 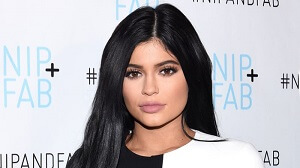 Has Kylie Jenner had even more work done recently? That’s what fans are demanding to know after she showed up on social media sporting bigger, fuller lips. Many people have taken to Instagram, Facebook, and Twitter to say that Jenner’s lips definitely look noticeably fuller and larger, and they’ve openly questioned whether or not she’s had more work done.

Kylie, in standard Kylie fashion, took to Snapchat to answer the burning question: did she have plastic surgery? The star says NO!

“Everyone thinks I keep making my lips bigger, but this is them normally,” Kylie said back in 2015. She then made a pouting face and said, “And then this is when I push them out, do my little face.”

Kylie added a few posts showing her lips, highlighting “normal” lips and “little face” lips for all her fans to see! These before and after comparisons were meant to be a rumor-killer, but they haven’t been just yet.

She concluded: “The fact that we even still talk about my lips is so crazy.”

So Kylie hasn’t had any additional work done recently – according to her, that is. Back in 2015 she said she has gotten them in the past.

“It’s just an insecurity of mine and it’s what I wanted to do,” she said on Keeping Up With The Kardashians. “Everyone always picks us apart. I want to admit to the lips, but people are so quick to judge me on everything, so I might have tiptoed around the truth, but I didn’t lie.”

Back in September, she opened up about her lip fillers and injections to the New York Times, mentioning how Dr. Simon Ourian helped her achieve her best “natural” look.

“I still do Juvederm for my lips. I go to Dr. Ourian in Beverly Hills. He’s the best, and he’s super-natural about it,” Kylie told The New York Times “I was going to somebody before, and it was just looking crazy.”

“I would recommend that anyone who gets it done go for a filler that lasts only two to four months,” she added. “It’s annoying to keep going back, but you have the option of stopping it.”

What do you think? Did the star have more work done since her 2015 appointments with Dr. Ourian? Are Kylie’s lips as hot a topic as Kim or Khloe’s booming booties? Let us know in the comments below!