Did Gwen Stefani Get Lip Injections? 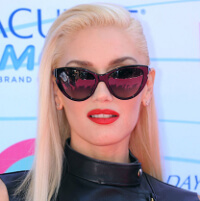 Gwen Stefani is making big changes in her life. The 41-year-old recently announced that her ska-influenced band No Doubt will be returning from an eleven-year hiatus, and recent publicity photos reveal she's revamped her image to boot. Although she is known for highlighting her lips with bold reds and neon pinks, photos taken at Fox’s Teen Choice Awards show Stefani sporting noticeably a plumper pout than usual, stirring rumors of lip augmentation treatment. Like all show biz gossip, everyone has an opinion on the matter, but some leading cosmetic surgeons agree that Stefani shows classic signs of flattering lip-filler treatments.

After images of the new Gwen hit the net, celebrity gossip sites were thrown into a tizzy. “While she usually looks perfectly natural, her plastic surgeon went a little over the top when he pumped up her top lip prior to her appearance at the Teen Choice Awards.” commented writers at FamousPlastic.com. InStyle.com mentioned Stephani’s “signature red lips taking center stage” and paired their observations with advice on applying loud lipsticks.

To confirm suspicions cosmetic treatment The Orange County Register brought the photos to the attention of Dr. Terry Dubrow, a Newport Beach plastic surgeon. “There is no doubt she had lip augmentation and it looks great,” quipped Dr. Dubrow, adding, “her [upper] lip is fuller…[and now] covering more of that gummy smile she has. Brilliant!” Another plastic surgeon, Dr. John Di Saia of San Clemente, also inferred lip treatment from his review of singer’s images. “She probably had some filler,” Di Saia noted. “The best way to tell would be to see some current images without lipstick. If she did have filler, it is an ongoing project, as the safe ones do not last long.”

Although lip augmentation can be performed via permanent silicone or GoreTex implants, volumizing dermal injectables are a more popular and temporary lip-boosting option. In Stefani’s case experts suspect leading brands such as Restylane, Juvederm, or Perlane injections. Most filler treatments only take fifteen to thirty minutes to perform and can enhance lip volume and shape for upwards of six months.

While this is the first time that Gwen Stefani has been suspected of modifying her lips, she’s no stranger to aesthetic enhancement rumors. Comparisons between Stefani’s teenage photos and those of No Doubt’s first photo shoots in the nineties suggest the bridge of her nose was significantly narrowed by rhinoplasty early in her career. In 2007 Stefani was again linked to plastic surgery when sources within music industry alleged that she underwent a breast augmentation procedure, boosting her bust from an A cup to a B.

Whether or not Gwen Stefani will ever reveal that her stunning looks are a result of more than just good genes, fans are thrilled to see her back on stage and touring New Doubts new album, “Settle Down.” If you’re interested in some of the lip, nose, or breast treatments Stefani is staying mum about, contact us today! Our Plastic Surgery Portal team is on call to schedule you free and private consultation at a cosmetic clinic in a city near you!