Gwen Stefani, Kylie Jenner and Blake Lively: What Plastic Procedures Have They Had? 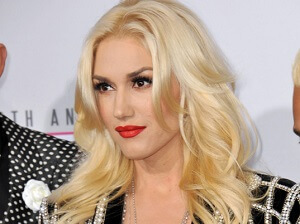 Did they or didn’t they have surgery?

That is the constant question covering gossip magazines. Each week a different star captures the title, and if you are really popular, you may reappear the next week. And Kylie Jenner, 17, just happens to be one of those celebrities.

Jenner is becoming the most popular of the Kardashian clan, with plastic surgery rumors all about her like sibling Kim. Often reporting on supposed surgeries, Radar Online reports Kardashian-West, 34, the reality star has “always denied it, even going so far as to have a doctor X-ray her butt and showing the picture on TV as proof.” Rumor has it; the star had “lipo on her legs and the doctor moved the fat into her butt.”

But only the megastar knows the truth, and until further notice, she only admitted to having injections.

“In an interview with Nightline, she once said: ‘I’m totally not against plastic surgery. I’ve tried Botox before. That’s the one thing that I’ve done,’” reported Radar Online, adding in 2010 music producer Damon Thomas, who was Kardashian–West’s first of three husbands, said it was his finances that made Kim so fine.

“He told In Touch: 'She wanted to have that lifestyle. She wanted to be what she ultimately became,' reported Radar Online on Thomas' tell-all on Kim’s breast job and butt enhancement.

Most remembered for the cultural romantic movie Jerry McGuire, actress Renee Zellweger, 45, arrived at an Elle red carpet event looking nothing like the blonde button-nosed beauty she played in the award winning film.

“I’m glad folks think I look different,” said Zellweger to People in October 2014. “I’m living a different, happy, more fulfilling life, and I am thrilled that perhaps it shows.”

Another blonde beauty who is believed to have gone under the knife is Blake Lively, 27, according to After Plastic Surgery. The outlet reports the gorgeous former Gossip Girl star -- soon to be seen on the big screen in The Age of Adaline alongside Hollywood heavyweights Harrison Ford and Ellen Burstyn -- has had both her nose and breasts altered; “however, public, media and specialist opinion seem to be divided on the subject of whether Blake Lively has gone under the knife or not, especially as the actress has denied these claims in the past.”

Radar Online continues with actress Megan Fox, 28. Though the outlet spoke with a surgeon, who never treated the Transformers star, the doctor said the difference is undeniable.

“Megan appears to have had some cosmetic procedures to her face. While she has probably not had anything major, I suspect that she has had a nose refinement and some facial fillers,” said Dr. Matthew Shulman.

Keeping the buzz alive, Radar Online reports how beloved singer Gwen Stefani, 45, “appears to have had a nose job, eyelid lift, Botox injections and skin resurfacing.” According to Youn, it’s not bananas to think the "Hollaback" star’s eyes “look more open, and may be the result of a conservative, well-performed upper eyelid lift.”

“Her forehead is also exceedingly smooth for a woman her age, possibly due to injections of Botox,” he added. Though it is really nobody’s business, we will remain curious on celebrity surgery as long as the magazines are placed on the stands, probably seeing Jenner on a cover again sooner than we think.

If you or someone you know would like more information about plastic surgery, please feel free to schedule a consultation or contact one of our representatives today! We will place you with Sono Bello or one of the other practices in our network.