What is Facial Feminization Surgery? 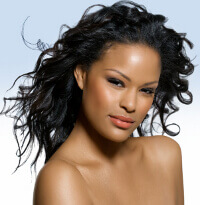 Facial feminization surgery is a process by which facial features are altered to be more traditionally feminine. Pioneered by Douglas Ousterhout in the 1990s, facial feminization surgery originated as a way for transgendered individuals to effect a more complete change into women, allowing for easier social integration. Often, women choose to undergo the surgery if they feel that their features are less feminine than they would desire. The differences between a man’s face and a woman’s are subtle, but definitive. Therefore, a great number of different factors are involved in such a surgery. The procedures run the gamut from soft tissue alteration to bone reconstruction. These different elements are combined depending on individual needs.

Men generally have a ridge of bone that runs horizontally across the forehead, just above the brow line. This is called the brow ridge, or brow bossing. For the most part, women lack this ridge and have a smoother forehead. For the facial feminization process, this bossing is usually ground down to make it less prominent. Some surgeons use a bone cement to build up the forehead around the ridging, making it appear less prominent. This can, at times, give way to an unnatural looking bulge. To avoid this, the surgeon might perform cranioplasty, completely reforming the glabella bone, or brow.

Women’s noses tend to be smaller and narrower than men’s, often with an upward point at the base. Standard rhinoplasty is used to feminize a larger nose.

Women tend to have fuller cheeks, as well as cheek bones that project forward. Silicone cheek implants can be used to make cheeks fuller. The same type of bone cement that is used for forehead contouring can also be used to build up the cheeks. It is possible to inject fat tissue from another part of the body.

In men, the distance between the bottom of the nose to the top of the lip is a bit longer than it is in women. Because of this shortened distance, the upper incisors of a women’s mouth are often revealed by a few millimeters when the mouth is open and relaxed. To affect a lip lift, a section of skin directly below the nose is removed. When the gap is closed, the result is of a more traditionally feminine lip.

Among the most noticeable differences between men and women in the facial area is the Adam’s apple. The Adam’s apple can be reduced by a procedure called a tracheal shave, wherein thyroid cartilage is shaved through an incision in the skin.

Facial feminization surgery is not magic; there are some feminine attributes that cannot be altered by surgery, such as the relative size of the eyes to the skull. It might also be unwise or unsafe to narrow a very wide jaw enough to meet the individual’s preference. Facial feminization surgery can be incredibly expensive, costing $12,000 and more. Due to its invasive nature, a great deal of recovery time will be necessary. In addition to a poor cosmetic outcome, there are other possible side effects, including nerve damage.

To learn more about facial feminization surgery, you can schedule a private consultation with a local, board certified plastic surgeon. Contact us today to arrange yours.