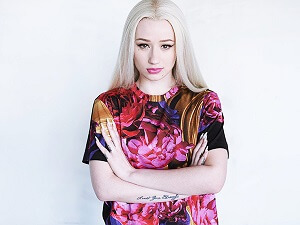 One of the most recognizable faces in pop culture may be a little bit different than it was before. Onlookers who recently saw Iggy Azalea out and about in Los Angeles noticed that the musician and model looked noticeably different than she has in the past, leading to speculation that she has undergone another round of plastic surgery. If Azalea has indeed gone under the knife again, it would hardly be a surprise, as Azalea has frequently been the subject of plastic surgery rumors and reports, and alterations to her face would be just the latest in a long line of cosmetic enhancements.

Unlike numerous superstars who downplay the role that cosmetic enhancement has on their appearance, Azalea has spoken openly in the past about her plastic surgery journey. In 2015, Azalea admitted to receiving a breast augmentation to enhance the size of her chest, claiming in interviews that the enlargement was to correct a deficiency that she’d been unhappy about her entire life.

Just a few short months later, plastic surgery rumors swirled again with claims that Azalea had undergone a chin implant and a nose job. Additionally, spectators commented on Azalea’s noticeably plumper lips, suggesting that she may have received fillers in order to increase their size. While Azalea has admitted to receiving rhinoplasty to alter the appearance of her nose, the rest of the plastic surgery rumors remain speculation.

Even though Iggy Azalea’s history with cosmetic enhancement has been fairly well documented, there is one attribute that she claims is entirely natural: her butt. For many women, the shape and roundness of Azalea’s backside has been the subject of envy, and plastic surgeons around the world say that they receive frequent requests from their clients for Azalea-like buttock implants. Despite admitting to undergoing other procedures, Azalea is adamant that her most famous feature is entirely hers.

When Azalea was recently spotted in Los Angeles, onlookers noticed some striking changes to her appearance. Most notably, Azalea’s cheeks appeared to be fuller and her face had an overall swollen appearance. Both of these changes could indicate that Azalea recently received filler injections of some sort to reduce the appearance of wrinkles and give her face a rounder appearance.

While Azalea has admitted to cosmetic enhancement in the past, only time will tell if she will come clean about any recent surgeries or alterations she has undergone. However, given the 25-year-old’s frequent use of cosmetic enhancement, it’s reasonable to assume that Azalea is yet to reach the end of her plastic surgery journey.