Did Ellen Dance Her Way to the Plastic Surgeon's Office? 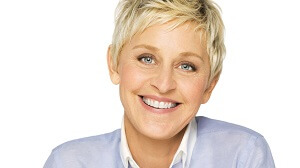 Being so effortlessly likable, DeGeneres, famed comedian turned top-rated talk show host certainly has a way about her. Whether she’s doing an adorable dance down the aisles of the studio where she shoots her show or interviewing Hollywood’s top celebs on the nearby couch, DeGeneres is always sporting that great smile.

Whether or not that grin has been touched up by a surgeon is hush hush, however, that does not stop the tabloids from telling their story on the 57-year-old’s supposed surgery. Celebrity gossip rag the National Enquirer has repeatedly reported on DeGeneres’ supposed plastic surgery for several years, saying they have seen photos by studio insiders that show scarring on DeGeneres neck. Additionally, a production insider claimed Ellen has “been Botoxed, peeled and lifted so much it’s become a challenge for her makeup team to conceal the scarring.”

“It usually takes them about two-and-a-half hours to give Ellen that peaches-and-cream glow that her fans love,” reported the National Enquirer. Seeking a second opinion, the tabloid talked to Dr. Ramtin Kassir, a New York City-based surgeon familiar with celebrity surgery. “The noticeable scars on her neck are most likely a result of a facelift and/or neck life,” said Kassir.

Continuing the chit chat, the magazine reported what Dr. Steven Dayan deems of DeGeneres’ supposed surgery. According to the doctor, her apparent sharp jawline is a sign of tying neck muscles together. “They’re usually tied through an incision that is located under the chin and that can leave a scar, but it usually hides very well,” said the medical doctor. “Looks like she went to a good surgeon!”

Social media site Pinterest offers their opinion of the best and failed facial surgeries of the stars, rating Hollywood starlets Jennifer Aniston, Megan Fox and DeGeneres as some of the best compared to that of the botched procedures of Mickey Rourke, Michael Jackson, Perez Hilton and Janice Dickinson.

As a CoverGirl spokeswoman, DeGeneres has helped promote the brand since 2009, showing how attractive the “less is more” look really is.

Though she has been named one of the 50 most powerful women in the world, with Forbes approximating her value at $70 million in 2014, only DeGeneres knows what she’s really worth and if her face is au naturel. Until then, the Grammy, Oscar and Primetime Emmy Awards host’s humor and smile will continue to captivate America.

As otalBeauty.com says, “Ellen’s possible face and eye lift are great—enough to make her face look refreshed but still subtle enough that she doesn’t look like she’s had work done.”