Celebrities Have Differing Opinions on Their Plastic Surgery Experiences 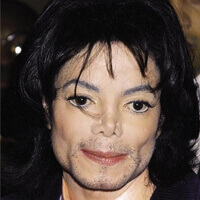 It’s no secret that a lot of celebrities have undergone cosmetic surgery. As technology has advanced to make cosmetic procedures faster, cheaper, and easier for the patient while delivering better results, plastic surgery has become more popular in the population as a whole, to say nothing of Hollywood. But there is a wide spectrum of celebrity plastic surgery - in terms of procedures done, the celebrity’s motivation for the procedure, and their happiness with the work they’ve had done.

A Wide Variety of Cosmetic Procedures

One of the most popular procedures among celebrities is Botox injections. It’s not surprising, as Botox is non-invasive and requires no down time, making it one of the simplest procedures to have done. The celebrities who have confirmed that they receive Botox injections are myriad: to name just a few, Jenny McCarthy, Simon Cowell, Kim Cattrall, David Hasselhoff, Terri Hatcher, and Robin Wright. Wright, currently starring in House of Cards, was matter-of-fact in telling the Telegraph about her Botox use:

“Everybody [expletive] does it. I suppose I can't say 'everybody' because I don't know for sure, but come on ... It's just the tiniest sprinkle of Botox twice a year. I think most women do 10 units, but that freezes the face and you can't move it. This is just one unit, and it's just sprinkled here and there to take the edge off. Perhaps it's not wise to put that in a magazine? But I ain't hiding anything.”

Many celebrities opt for more serious procedures - breast implants (Dolly Parton, to give only one obvious example), rhinoplasty (Cher, Ashlee Simpson, etc), face lifts (Joan Rivers, among many others). The list goes on - liposuction, tummy tucks, lip injections. Some celebrities don’t settle for a single procedure.

The Hills’ Heidi Montag, for example, underwent 10 different procedures between the 5th and 6th seasons of the show, including a breast augmentation, liposuction and a nose job. Sharon Osbourne has had a face lift, tummy tuck, liposuction and has had her lips enlarged with collagen. Rivers has had work done on her eyes, nose, lips, breasts, arms and stomach. She gets Botox injections regularly and has had a full face lift, tummy tuck, liposuction, breast reduction, chin tucks, and collagen.

While Rivers’ list of procedures is longer, Michael Jackson is probably more famous for the amount of plastic surgery he had. His confirmed procedures include rhinoplasty (multiple times), chin reshaping, and some eye surgery. It has been rumored that he has had skin bleaching and a facelift, but he blamed the transformation of his skin color on a skin condition called vitiligo.

Some celebrities have plastic surgery to further their careers, for reasons of insecurity, just to look better, or as Wright said, because everyone does it. (Maybe it runs in the family - Michael Jackson’s sisters Janet and LaToya have both had nose jobs as well). Even for the same procedure, the reasons behind it can vary. Some get a nose job just to make their nose smaller or more appealing. Sometimes there are more serious reasons - Jennifer Anistons says her nose job was to fix a deviated septum, while Cameron Diaz’s repaired a surfing injury.

Julie Chen, co-anchor of CBS' 'The Talk' and host of the network's reality show 'Big Brother,' revealed on 'The Talk' in 2013 that she had plastic surgery to make her eyes look bigger when she was a young TV reporter in Ohio. Both her boss at the station and a high-powered agent told her that if she didn’t have work done on her eyes it would hold back her career.

Celebrity’s attitudes toward their plastic surgery run the gamut from positive to negative. While some celebrities are thrilled with the results of their cosmetic procedures, others regret the surgeries, often due to bad results. Tara Reid was unhappy with the results of two different procedures she had done - a breast augmentation that left her with a deformed nipple and body contouring work, which left her with a wrinkled stomach. She was left embarrassed to wear a bikini and had to have more surgery just to fix what went wrong with her initial procedures.

Montag also wasn’t happy with all the work she had done, although there were no reported problems with any of it. In 2011 she told the Daily Beast, “Obviously I wish I didn't do it. I would go back and not have any surgery. It doesn't help. I got too caught up in Hollywood, being so into myself and my image. I don't regret anything, but if I could go back, I wouldn't do it.”

Mixed attitudes towards their plastic surgery can be observed by the incidence of having breast implants removed. Some famous examples include Victoria Beckham, Pamela Anderson, and Sharon Osbourne, who had hers removed after one began leaking into the wall of her stomach.

Despite that, Osbourne remains happy with her plastic surgeries and continues to have more. Everybody Loves Raymond’s Patricia Heaton, who has had breast implants (and then reduction) and a tummy tuck, is another celebrity who is proud of how her cosmetic procedures have altered her appearance and doesn’t shy away from discussing it. In 2003 she told People, “It's better to be honest if you can. There is a lot in Hollywood that is not as it seems,” going on to make a comparison between plastic surgery and the amount of work that Hollywood actresses put into their hair and makeup to present a better image to the world.

For more information on plastic surgery procedures, visit plasticsurgeryportal.com or contact us for a free consultation.