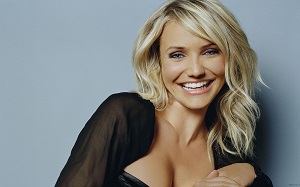 Actress Cameron Diaz wrote a book promoting natural aging. However, that book came out a few years ago, and now at 44 the Hollywood beauty may have decided plastic surgery isn’t so bad after all. Diaz had written previously that she regretted having Botox injections. She experienced a bad reaction to the filler, a not unusual side effect. Botox, after all, is botulism toxin. Diaz also suffered from acne for many years, admitting it took a long time and various treatments to get it under control.

Diaz is reportedly getting a brow lift and fillers – presumably not Botox – in her cheeks and around her mouth to reduce the signs of aging.

For the ordinary woman, 41 is the prime of life. For Hollywood actresses, it verges on senior citizen status. For the most part, they are no longer offered romantic leads, even though their male contemporaries are just hitting their stride at this age. If actresses don’t want to turn to supporting or character roles, plastic surgery is their only option. Turn back the clock 10 years and the odds of receiving better parts improves. Still, producers and the public know how old these women are, so plastic surgery isn’t an automatic career revival.

In her book, Diaz wrote, “I look at ageing like this: getting older is a blessing and a privilege, and if you lay the foundation for a healthy life in your younger years, your older years may very well be some of the best of your life. And the point I’m making is not about keeping up your youthful appearance.” For whatever reason, Diaz appears to have changed her mind on that issue. Still, the plastic surgery she has reportedly chosen is more maintenance than total makeover. Afterward, she’ll look fresher and rejuvenated, but she won’t look like a different person. That is the key for successful plastic surgery whether you’re a famous actress or an everyday person.

In Hollywood – and Bollywood, the Indian equivalent – plastic surgery is as much a ritual as walking the red carpet. The entertainment industry thrives on youth, and actors are undergoing the knife at increasingly young ages. Since the accent on youth isn’t going to disappear anytime soon, if ever, actors and models have little choice but to undergo plastic surgery if they want to retain their careers. Cameron Diaz, by all accounts a down-to-earth woman, is just trying to remain competitive in a cutthroat world.