Boost for the Caboose: Introducing the Brazilian Butt Lift 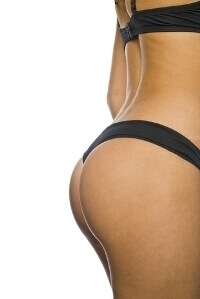 The buttock lift is one of today's hottest procedures in body contouring plastic surgery. Not only can buttock lift enhancement for the summer help you really turn heads at the beach, it will make your shape more sensational year-round, no matter what you're wearing—from jeans to your favorite sun dress! Buttock enhancement is also available in different forms, and one of the newest procedure trends is the Brazilian buttock lift.

These days, it seems most of the latest and greatest cosmetic enhancement innovations are inspired by, or native to, Brazil—laser hair removal, bikini waxing, and now buttock lifts in the U.S. have all caught the Brazilian fever, and the results are definitely hot! Who are we to argue with a country that's revolutionized hair removal, and provided some of the world's sexiest supermodel imports? (i.e. Gisele Bundchen, Adriana Lima and Alessandra Ambrosio)

What is a Brazilian Buttock Lift?

Whether the Brazilian buttock lift was inspired by the famous posterior of Gisele herself, or created by a Brazilian cosmetic surgeon, we aren't sure. Regardless of its origins, we do know a bit about the procedure itself, and how it corrects flat, saggy buttocks long term. Unlike a standard buttock lift procedure, which involves skin and muscle tissue at the top of the buttocks being surgically lifted and contoured, the Brazilian buttock lift relies mainly on the injection of donor body fat into specific points on the patient's derrière. The donor fat is extracted from areas like the stomach, hips or thighs via liposuction or LipoSelection®, put through a purification process, and then re-injected into the buttocks.

The Brazilian buttock lift can be performed solely with buttock fat injections and minor liposuction, or be combined with the standard surgical lift to provide the most enhanced results possible. The specifics of your buttock lift procedure will depend on your individual goals with buttock enhancement, on your natural body type, and on the amount of donor body fat you have to work with. Patients with smaller frames and a low percentage of natural body fat may find that buttock implants are the only way to achieve the results they're after.

It's true that breast augmentation surgery is still on top in terms of body contouring surgery. However, buttock lifts have also been getting plenty of attention recently—likely in relation to modern pop culture's favoritism of well-endowed celebs (à la ScarJo and Kardashian), as opposed to Twiggy-esque starlets. While skinny stars were at one time considered the height of fashion and sexiness, the majority of today's sex symbols boast smokin' curves, not to mention plenty of sass.

When it comes to today's most celebrated celebrity butts, the rumps of J. Lo, Kim Kardashian, Jennifer Aniston, Gisele Bundchen, Beyoncé, Kylie Minogue, and Jessica Biel often rank at the top of “Best Celebrity Butts” lists. Buttock implants and buttock lift surgery have been tied to Kim Kardashian (read how Kardashian banishes butt cellulite). Even Heidi Montag is allegedly considering buttock enhancement to get a "Jessica Biel Booty" of her very own.

Perhaps you are wanting a Brazilian buttock lift to imitate your celebrity icon's assets, or to better fill out those scandalous denim hot pants you've previously been too self-conscious to wear—either way, you're sitting on a prime buttock enhancement opportunity, and there's no time like the present to act! To learn more about Brazilian buttock lifts or buttock enhancement, or to find out which buttock procedure is best suited for you, visit a certified plastic surgeon in your area for a consultation and personalized assessment.