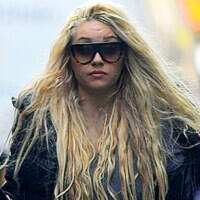 Former child star and current rider of the downward spiral Amanda Bynes is receiving another self-inflicted dose of negative attention from her most recent plastic surgery session. According to her Twitter account, Bynes announced that her latest rhinoplasty operation was inspired by a recent mug shot that portrayed her nose in an unflattering light. Appearing to be motivated primarily by impulse, Bynes is a celeb who’s not afraid to jump onto the doctor’s table at the first sign of imperfection. But even though they might receive a wave of bad press for surgical indulgences, there are actually celebrities who undergo surgery for more admirable reasons.

Social media has given celebs quite a lofty soapbox to declare their every action- no matter how personal or eccentric. Bynes’s tweet, which reads in part, “I had nose surgery after my mug shots so my nose and I are gorgeous” is only her most recent broadcast of surgical binging. In May, Bynes confirmed having plastic surgery, stating that she no longer associates with older photos of herself: "I don't look like that anymore. I had a nose job to remove skin that was like a webbing in between my eyes. I wasn't going to tell anyone, but I look so much prettier in my new photos that I don't want old photos used anymore."

Amanda Bynes is not the only famous young female who has sung the praises of plastic surgery. While Amanda’s motivations for surgery may not have been the most ‘clear-headed’, there are celebrities out there who have received rhinoplasty operations for health and corrective issues.

Singer and actress Ashlee Simpson had rhinoplasty in 2006. According to Simpson, the decision to have plastic surgery was her “personal choice” and one that had to be decided for herself and not for others. Meanwhile Joe Simpson, her father, has praised the surgery for curing Ashlee of a problem with her breathing.

Glee television darling Dianna Agon also decided to have plastic surgery on her nose. In 2011 she announced to David Letterman that she had her nose done because of a slight fracture, stating: "I couldn't get it fixed because we were in the middle of doing this concert tour and we were filming. We had a day off and I met up with some of my friends and we were dancing. And again, there was another collision of sorts - I must be turning too quickly, people don't see me coming or something - but it's fixed now!”

Ashley Tisdale of High School Musical confirmed her rhinoplasty operation in 2008. While some journalists have claimed she was unveiling a new look, Tisdale says she was the choice was more personal and that she “still look[s] like me.”

Do not be afraid to ask questions. Remember this is your body and you deserve to have the results you want and the care and service to which you are entitled. Contact one of representatives today and let us help you schedule your first consultation without any further delay.