A Brief History of Rhinoplasty 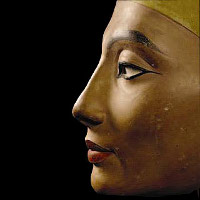 In 2013, over 220,000 Americans elected to go under the knife to beautify or repair their noses, making rhinoplasty the second most popular invasive cosmetic procedure—losing out to breast augmentation surgery by, well, a nose. This popularity shouldn’t come as too much of a shock as advances in rhinoplasty have led to virtually scar-less “endonasal” techniques and increasingly affordable prices. What may be a tad more surprising is that surgeons have had a lot of time to perfect today’s nose modifying methods. Like over a millennia of practice. From the ancient India all the way to modern day, the history of rhinoplasty is a fascinating study of society, technique, and human ingenuity.

The earliest mention of nose mending surgery was actually found in a 20-meter-long Egyptian scroll dubbed the Ebers Papyrus, from 1650 BC; however, a far more detailed guide to plastic surgery for the schnoz was found in Indian text from around 600 BC. In ancient India people who were caught stealing got their noses lobbed off, a crude but effective way of helping merchants identify thieves in their presence. Understandably, around this time reconstructive nose surgery came into high demand. A surgeon by the name of Sushata Samgita experimented with many reconstructive practices including a method of repairing noses using a flap of skin from the forehead. This technique was incorporated in a compendium of his most advanced medical practices called Sushruta samhita. Miraculously, a version of Sushruta samhita survived into the 11th century where it was translated by an Middle Eastern physician, Ibn Abi Usaibia, into Arabic. Its advanced techniques were used throughout Arabia, Persia, and Egypt for centuries before being picked up by Western doctors in the 1400s.

During the Renaissance era Italian doctors were influenced by Sushruta samhita’s forehead flap techniques, but they made some modifications of their own. In 1597 Gaspare Tagliacozzi, then Professor of Anatomy and Medicine in Bologna, published De curtorum chirurgia per insitionem, libri duo, one of the seminal texts about plastic surgery. A section on noses in the book detailed a sort of open-wound skin grafting that attached skin from the upper forearm to the nose. The graft required a complex brace which was worn by the patient for two to three weeks while new blood vessels formed in the transplanted nose skin. While his science-minded contemporaries were wowed his exhaustive research and creativity, the Italian church wasn’t. Christians in those days saw deformities as an act of God and the notion of artificially mending flesh as a direct defiance of Him. Tagliacozzi was persecuted for heresy and died in hiding during 1599. The church officials were so upset that when they found his grave they exhumed his body and re-buried it in unconsecrated ground, hoping to ensure his eternal damnation.

Versions of Sushata’s forehead flap rhinoplasty and Tagliacozzi’s arm skin grafting surgery were used into the late 19th century when advances in technology such as anesthetics and antiseptics began to give patients more reasons to undergo cosmetic rhinoplasty. In the 1880s the first endonasal surgery was performed by American surgeon, John Orlando Roe. Through trial and error Roe had become adept at using long and narrow instruments to fix saddle noses—called “pug noses” at that time—without external incisions, and he published a paper on the technique in 1887. Around thirty years later a doctor named Reithi introduced nose-tip modification technique that required an incision to the columellar, the fleshy bit of cartilage that bridges the nostrils. Roe’s technique was coined “closed” rhinoplasty, and Reithi’s was dubbed “open” rhinoplasty. Both methods were universally adopted and grant modern plastic surgeons a tremendous amount of versatility in present day nose jobs.

If you’re interested in learning more about the steps of rhinoplasty surgeries or other cosmetic wonders produced by history’s greatest medical minds, contact us today! Our Plastic Surgery Portal representatives are on call to schedule you free, private consultations with certified cosmetic surgeons near you!