The Who’s Who of Plastic Surgery in Hollywood 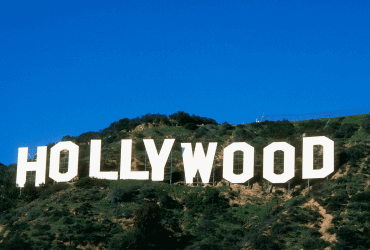 It’s nearly impossible to tell who’s had work done in Hollywood and who hasn’t – with the widespread popularity of cosmetic surgery and its acceptance in the mainstream, stars of all levels are getting work done to ensure they put their best foot (or face) forward every day!

We’ve put together a list of stars that appear to have had some recent work done. The names may surprise you!

After 2013, Sharon Osbourne insisted that she would never go under the knife again. It appears that she didn’t stick to her word, as the big-time TV personality looked very different at the City Of Hope's 2015 Spirit of Life Gala on Nov. 5, 2015. Sharon could barely crack a smile for the cameras as her face appeared completely frozen compared to photos of her in 2014.

In 2015, Gisesle revealed a fuller, higher chest as she rocked a bikini for the first time since plastic surgery rumors flew. This Brazilian beauty waded through the waters of Costa Rica while on vacation with her family on Nov. 1, 2015. Back in July, Bundchen was spotted leaving a plastic surgery clinic in Paris in a full burqa that covered her face and body. Looks like she had more than a few procedures done that day!

Lattanzi, Olivia Newton John's daughter, sparked plastic surgery rumors as she stepped out at a taping of "Dancing with the Stars" rocking a drastically different look in October of 2015. The 29-year-old blond looked barely recognizable as she arrived on the red carpet in a skin tight black dress that really showed off her figure.

There’s something different about Courtney Cox, but we can’t quite put a finger on it. Cox arrived at the "Hand of God" premiere in August of 2015 looking just a touch younger. Perhaps it was a new makeup job or something more, but the blue-eyed actress was sure to turn heads with her altered appearance.

Iggy Azalea strongly hinted in an interview with Seventeen Magazine that she went under the knife for a nose job. "I'm not denying it. Denying it is lame,” the 25-year-old artist told the mag. "I don't think you should be ashamed if you made a change to yourself, which is why I’ve spoken about the changes I've made, like with my breasts."

Surprise, surprise – the Jenner / Kardashian family is at it again! Kylie Jenner stirred up quite a bit of controversy after posting photos of her apparently enhanced curves. In the caption, she claimed her secret behind her curves was due to a plumping cream from Pure Leef that she's holding up in the photo.

However, fans and critics weren't so convinced, and claimed that she's had implants or injections in both areas. This comes only a few months after Kylie admitted to receiving lip fillers when she initially tried to convince fans that it was simply due over-lining and lipstick.