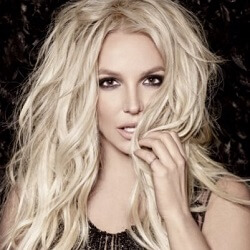 Britney Spears has been a star for a long time – since 1999. Now 34, she’s no longer the 18-year-old beauty fans first came to know. Seventeen years later, she looks good, but doesn’t look like herself, sparking rumors of extensive plastic surgery. The rumor mill went into online overdrive after her appearance at the May 22nd Billboard Music Awards ceremony.

It’s known that Spears had certain procedures done over the years. When she was a teen, she received breast implants, but later decided to have them removed, according to various reports. Liposuction helped her retain her flat stomach after giving birth. She’s admitted to having lip injections done, but that’s all she’s ‘fessing up to. Her makeup artist claims the new look is the result of topical skincare and makeup changes, not going under the knife.

Bulbous Nose – Before and After Photos

Examination of photos taken between the times she first reached stardom and now show a distinct difference in her nose. In her youth, her nose was somewhat protuberant – a bulbous nose. Today, it is slimmer and more refined.

People with a bulbous nose have excess fatty tissue or too much cartilage underneath their nose tip. Many plastic surgeons fix this tip by making an incision on the skin separating the nostrils, then removing excess fat or cartilage. Other surgeons perform the procedure by making the incision inside the nose, a slightly more complicated operation that leaves no visible scar.

One type of cosmetic surgery Spears may also have undergone is that to remove unsightly varicose veins. She reportedly underwent the surgery four years ago, at the young age of 30. Varicose veins often affect women during pregnancy. It’s hard to tell from her red carpet Billboard Music Awards pictures -she wore black, knee-high cage boots - but there were no obvious veins visible.

People love to gossip and speculate about celebrities, and Spears is a favorite target. There’s no question she still looks great, but she doesn’t look particularly natural. Unlike some stars, she’s not a plastic surgery disaster, but she’s increasingly looking like a different person. If you’re considering plastic surgery, take heed. You want the surgeon to correct irregularities and make improvements, but you want to look like the best possible version of yourself, not a total stranger.