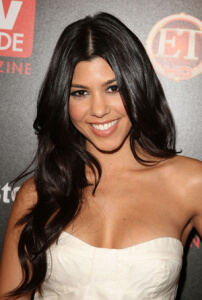 We all know that the Kardashians are not strangers to the world of plastic surgery. Over the course of their long-running television show, members of the family have been documented undergoing various types of cosmetic procedures, and the Kardashians have regularly talked about their forays into cosmic enhancement in a number of print and online publications. Despite the openness of the family with regards to plastic surgery, members of the media, the Kardashians’ fans and their detractors still speculate about what cosmetic enhancement family members have undergone that they haven’t told us about.

Recently, a number of rumors have started to swirl about the eldest Kardashian daughter, Kourtney. Although her looks have not changed significantly in the last few years, eagle-eyed spectators have begun to notice a number of small alternations to her appearance, leading to rumors that Kourtney has undergone a wide range of procedures. Below is are just a few of the many procedures that Kourtney is rumored to have had done in recent years.

Although 36 isn’t old by any means, most aging women do carry around their fair share of wrinkles. Kourtney Kardashian’s face, however, still looks flawless and wrinkle-free. Sure, this smoothness could be the result of good genes, but it’s highly likely that she’s had some kind of fillers injected into her face in order to eliminate fine lines and imperfections.

If you compare photos of Kourtney now to a just few years ago, you probably wouldn’t notice too many differences unless you looked closely at her nose. In years past, Kourtney has a wider, flatter nose. Recently, however, Kourtney’s nose has appeared to be noticeably slimmer and straight, probably the result of a rhinoplasty.

Another stark difference between Kourtney’s appearance now versus years past occurs in her chin. Plastic surgery experts suggest that Kourtney has perhaps had a chin implant to make it appear narrower, give her jaw line more shape and to correct the double chin that she displayed in the past. Overall, there is no question that the lower half of her face looks more angular than it did before.

Ultimately, there is not way to know for sure what kind of cosmetic work Kourtney Kardashian, or anyone for that matter, has had done. The fact that these rumors are still speculation is an indication of just how far cosmetic surgery has come. Now, skilled plastic surgeons can make minute alterations that can greatly enhance the look of their clients without their work being overtly noticeable.