Is Kristin Chenoweth Aging Gracefully or with a Little Help from Surgeons? 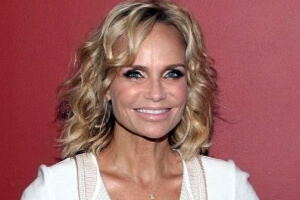 Another celebrity’s nose is in question.

Showing the classic before-and-after photos of Kristin Chenoweth, Life & Style used Getty photos from 2001 and 2015 to show how the 47-year-old’s facial contour had considerable and noticeable changes.

Between her nose, cheeks and chin, top plastic surgeons Dr. Barry Weintraub and Dr. Simon Ourian–both of whom never treated the star–believe Chenoweth has had injections and more. While usual injections of Botox are received by the star for her migraines, inevitably keeping her forehead “smooth and wrinkle-free,” the doctors speculate that more has been done.

"She may also have had an ultrasound brow lift," says Ourian, while Weintraub adds that Chenoweth’s “nose is narrower and has a somewhat bony tip, which is often an indication of a rhinoplasty."

Yahoo! News spoke to the Broadway star, actress and singer, who notes there’s something very freeing about being in her 40s. Citing Patricia Arquette’s Oscar speech on women owning their respective ages, the Tony Award-winning Chenoweth says “now I’m in my 40s–I own that. Anybody that thinks that’s too old or too young, or whatever, for a role–then it’s not right for me anyway. I think the important part is to have a realistic view of who you are and play the roles that feel right,” she says, adding she doesn’t even audition for younger parts, unsure if she could reflect it in her acting. “I don’t know if I could play a 35-year-old. I could probably play a 40-year-old–40 and up, but I’m not going to try to play young. I’ve already lived that life.”

Life seems to be treating her well since the 40-something starlet said it’s less about the way she looks than how she feels, of course adding a little humor to her answer. “When I’m with the people that really love me–like my best friends or my parents–people that really, really love me, and they say, ‘Ya done good,’ then I’m okay. It’s more of that feeling. And, let’s face it: hair extensions.”

Beauty products also keep her looking younger than she is. Spilling her own secret, Chenoweth said she has shared her hydrating serum tips with her boyfriend. “I found it in London, and I’ve used it for two years,” she says of Molton Brown. “It might be a good secret for women to know. It’s really good for your skin! I put it on him. He’s like, ‘It feels kind of good!’ It’s good stuff. I highly recommend it.”

Be it a product or sheer confidence that keeps her looking young, Ourian and Weintraub can’t help but to continue questioning her before and after contouring. While Ourian suggests dermal fillers like Juvederm have plumped her face due to aging and Weintraub notes the changes in her chin, the duo has no doubt she’s gone under the knife.

"Kristin originally had a rather pointed chin. But now her jawline is more squared-off and wider, indicative of a chin augmentation," says Weintraub.

Surgery or not, Chenoweth is an excellent example of self-confidence at any age, and that is where the true beauty lies.

If you or someone you know would like to learn more about plastic surgery, please feel free to schedule a consultation at Arijai or contact one of our representatives today!